North Korea has completed tests of its own hypersonic weapons. This is reported by the local official media. During the last stage of testing, a sea target was hit at a distance of 1,000 km. According to the authorities of Japan and South Korea, the speed of the ammunition was Mach 10. Seoul, Tokyo and Washington condemned Pyongyang’s actions. However, according to experts, the DPRK needs an arsenal of hypersonic weapons to maintain its sovereignty. Today, Washington refuses to give security guarantees to Pyongyang and reduce sanctions pressure on the country, but a further increase in the republic’s military power could lead to a softening of US policy, analysts say.

The DPRK has completed tests of its own hypersonic missile system. This is reported by the English-language version of the Voice of Korea and the website of the Central Telegraph Agency of Korea (CTAC). The final launch took place on January 11. The leader of the country, Kim Jong-un, watched its progress from the Academy of Defense Sciences.

“The hypersonic gliding warhead separated from the launched missile, made a gliding jumping maneuver from a point (at a distance. – RT) 600 km (from the initial place of launch. – RT), A 240-kilometer steep turn from the initial launch azimuth and hit a sea target at a distance of 1,000 km. The final test launch more clearly confirmed the superior maneuverability of the hypersonic gliding warhead, ”says the Voice of Korea website.

According to journalists, Kim Jong-un praised the achievements of the country’s designers and officials in the field of creating a hypersonic complex. This weapon, as stated by the North Korean leader, is of great strategic importance in the context of the main tasks of the five-year plan for the development of the DPRK’s defense capabilities, presented by the VIII Congress of the Labor Party.

At the same time, Kim Jong-un emphasized the need to strengthen the country’s “strategic military power” both qualitatively and quantitatively, adding that Pyongyang will continue to strengthen the republic’s potential “in the field of military deterrence.”

“The most powerful dash”

The Japanese and South Korean authorities confirmed that on January 11, the DPRK did indeed test a weapon that reached hypersonic speed. According to their estimates, the ammunition accelerated to 10 Mach numbers, that is, twice the threshold beyond which hypersound begins.

This is the third known test launch of a hypersonic missile, South Korean news agency Ryonghap reports. Previous tests, according to official data from Pyongyang, took place on January 5. 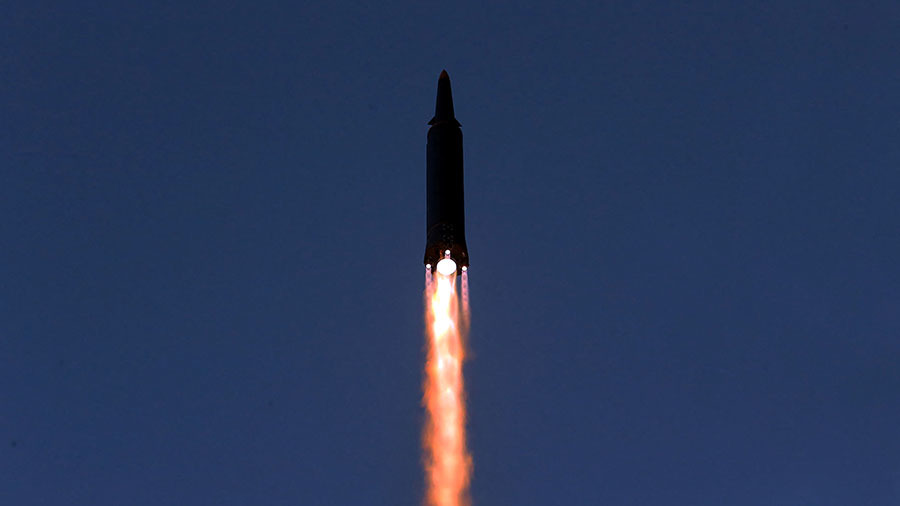 Debut shooting DPRK produced in September 2021. According to Ryonghap, the northerners launched a missile called Hwasong-8 (Hwaseong-8). The ammunition developed a speed of about Mach 3. Later, Pyongyang was able to improve the characteristics of the weapon, which is confirmed by the data of the Joint Chiefs of Staff of South Korea.

Now Seoul, together with American colleagues, is studying the parameters of the flight of the North Korean munition. 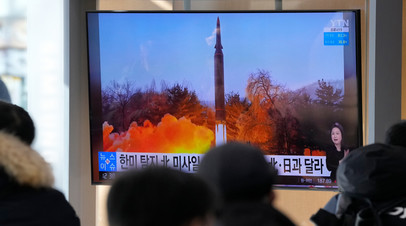 “Protect yourself from possible aggression”: can the DPRK’s tests of hypersonic weapons change the balance of power in the region

The head of the US State Department, Anthony Blinken, against the backdrop of the recent test by Pyongyang of a hypersonic missile, said that he believed …

According to experts interviewed by RT, the DPRK’s new weapon is a hypersonic gliding warhead carried by a ballistic missile.

The same information was disseminated by the Reuters agency. Citing the opinion of Western analysts, the journalists reported that on January 11, Pyongyang launched a liquid-propellant ballistic missile with a conical maneuverable warhead. In English terminology, this weapon is usually classified as MaRV (Maneuverable reentry vehicle).

Yevgeny Kim, a leading researcher at the Center for Korean Studies at the Institute for Far Eastern Studies of the Russian Academy of Sciences, is confident that the DPRK can be called the owner of a hypersonic missile system. According to him, the final tests indicate a major breakthrough for Pyongyang in the field of such technologies.

“There is one peculiarity in the successful completion of the tests of the hypersonic missile: the speed of Mach 10 was the initial one. After the separation of the second stage of the missile with the warhead, the flight speed dropped significantly. The second speed indicator is a priori more important, but it seems to have dropped to Mach 5, which corresponds to hypersound. In any case, this is undoubtedly a great technological achievement of the DPRK, “Kim explained in a commentary on RT.

According to the expert, the appearance of hypersonic weapons in Pyongyang’s arsenal came as a big surprise to its neighbors and the United States, which traditionally underestimate the economic and technical capabilities of North Korea.

Kim suggests that the basis of the DPRK’s success in creating a ground-based hypersonic complex was a deep study of the technical literature of the leading military powers (RF, USA, PRC, FRG) and the subsequent practical application of the knowledge gained. 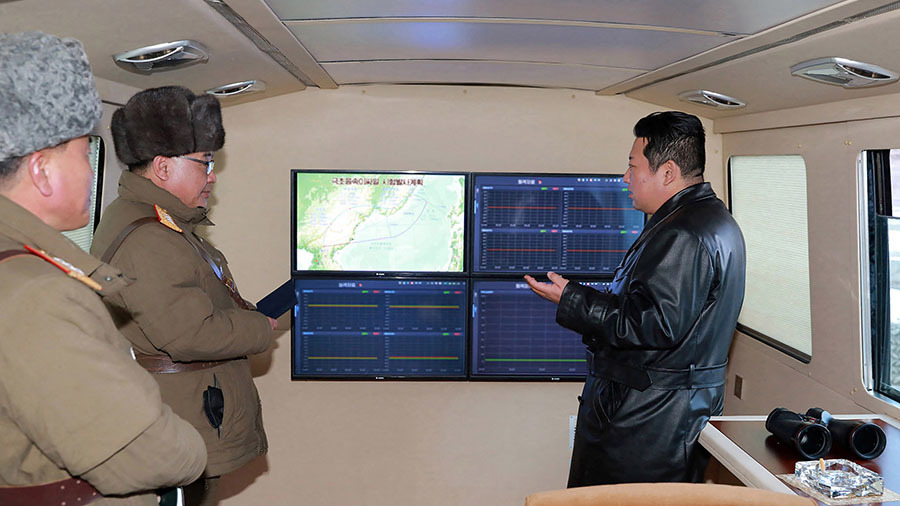 In a RT commentary, retired military observer Colonel Viktor Baranets did not rule out that China provided some assistance in the development of hypersonic weapons to Pyongyang. According to the expert, it is beneficial for Beijing to strengthen the military power of the neighboring republic in the context of the growing confrontation with the United States and Japan.

At the same time, Baranets agrees that the North Koreans have done an enormous amount of work without outside help. The expert is convinced that the United States and its allies made a serious mistake, considering the DPRK’s defense complex as “backward, stuck in the last century.”

“It’s hard not to notice how North Korea’s opponents allowed themselves to scoff at its defense industry, and meanwhile it made a powerful leap forward in the development of modern weapons,” Baranets emphasized.

Seoul, Tokyo and Washington condemned the tests of the DPRK hypersonic missile system, calling them a threat to international security.

Japan through diplomatic channels protested to the DPRK and stated that the actions of North Korea threaten the security of the country and the whole world. At the same time, commenting on the situation, Secretary General of the Japanese government Hirokazu Matsuno noted the significant progress of North Korea in the development of missile technology. According to him, this circumstance requires Tokyo to take measures to strengthen its own defense potential. 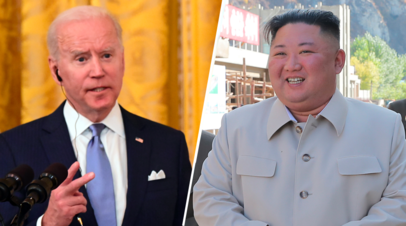 Conditional meeting: under what circumstances is Biden willing to negotiate with Kim Jong-un

Joe Biden is ready to hold a summit with the leader of the DPRK Kim Jong-un, if during the negotiations the denuclearization of the Korean …

US State Department spokesman Ned Price said the DPRK’s missile tests harm international security. At the same time, he admitted that the tests of the North Korean missile on January 11 did not pose an immediate threat to either the United States or its allies.

“However, this launch undoubtedly underscores the destabilizing effect of the DPRK’s illegal weapons development programs. The launch was carried out in violation of numerous UN Security Council resolutions and poses a threat both to the neighboring countries of the DPRK and to the entire international community, ”Price said.

According to a White House official, Washington is currently “in close consultation” with its allies and partners and continues to urge Pyongyang to “refrain from further provocations.”

According to Eugene Kim, the nervous reaction of the United States is caused by the fact that the American army does not yet have hypersonic weapons in its arsenal that have passed all the necessary tests. 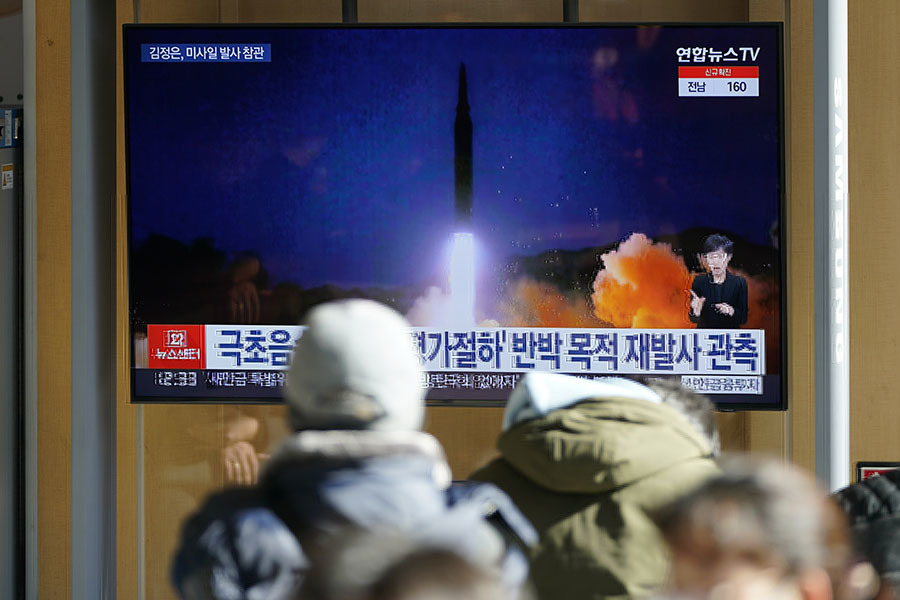 “Today we can say that the northerners have gone further than the Americans in the field of military hypersound. And these missiles are needed by the DPRK to ensure the sovereignty and inviolability of borders, ”says Kim.

Nevertheless, in the current situation, the United States is unlikely to aggravate relations with Pyongyang, like this It was in 2017, the analyst believes. Recall that four years ago, in response to regular launches of North Korean ballistic missiles and a number of other Pyongyang successes in improving its nuclear arsenal, the United States strengthened military pressure on North Korea.

The parties regularly exchanged threats to use force, but in 2018, all the same sat down to the negotiating table. Against the backdrop of warming relations with Washington, Pyongyang got rid of some of its nuclear infrastructure, suspended launches of intercontinental ballistic missiles (ICBMs), as well as tests of nuclear warheads. 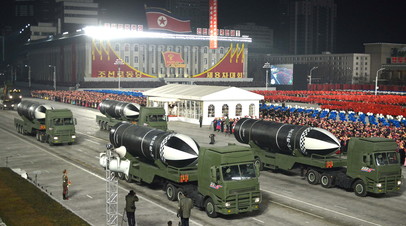 “Democratic” approach: why the United States raised the issue of denuclearization of the Korean Peninsula again

US Secretary of State Anthony Blinken and the new South Korean Foreign Minister Jung Ui Young held a telephone conversation, during which they agreed on …

However, the negotiation process quickly stalled. At the second summit, held at the end of February 2019, the parties failed to adopt a joint document, the third and final conversation between Trump and Kim Jong-un also ended without concrete results and agreements.

According to experts, the key reason for the stagnation of the talks was the excessive demands of the United States. Washington insisted on the complete nuclear missile disarmament of North Korea, while refusing to provide real security guarantees and significantly soften the sanctions regime against Pyongyang.

Like the Trump administration, Joe Biden’s team continues insist on the complete denuclearization of the DPRK without significant concessions on its part. In addition, the White House advocates against “international recognition” of North Korea.

According to Baranets, in such conditions, the DPRK is forced to strengthen its nuclear missile potential, although it did not resume launches of ICBMs and conduct nuclear tests.

“The DPRK understands very well: the more powerful the country becomes in terms of nuclear missiles, the more the degree of US aggression decreases. North Korea strives for equal dialogue and consideration of its interests. I think that the emergence of hypersonic weapons can force Washington to soften its policy towards Pyongyang, ”Baranets said.

In Alma-Ata, protesters barricaded the building of the MIR TV channel

Quarantines in China are affecting Samsung and Micron chip production, we could see price impacts