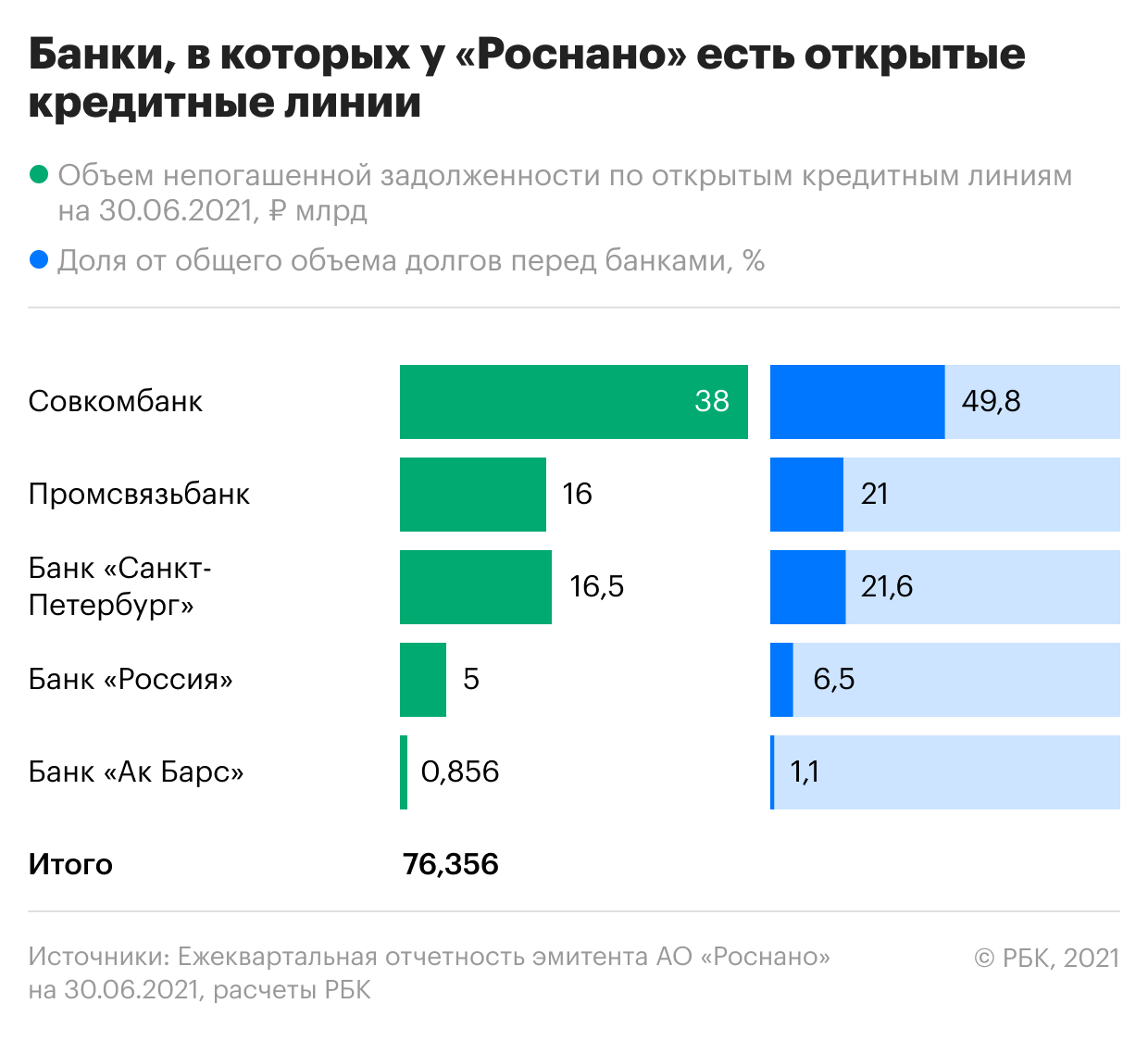 When and what bonds were placed by Rusnano

Rusnano has nine bond issues. Securities of three series (06, 07, 08) for 31.4 billion rubles. with maturity in 2022 and 20208 covered by guarantees of the Ministry of Finance, bonds for 40.18 billion rubles. have no protection. In December, the company will have to pay coupons for five series of securities and redeem one bond issue worth 4.5 billion rubles. By the end of the year, the bonds of the company should go through payments for 5.9 billion rubles, follows from the data of Cbonds. 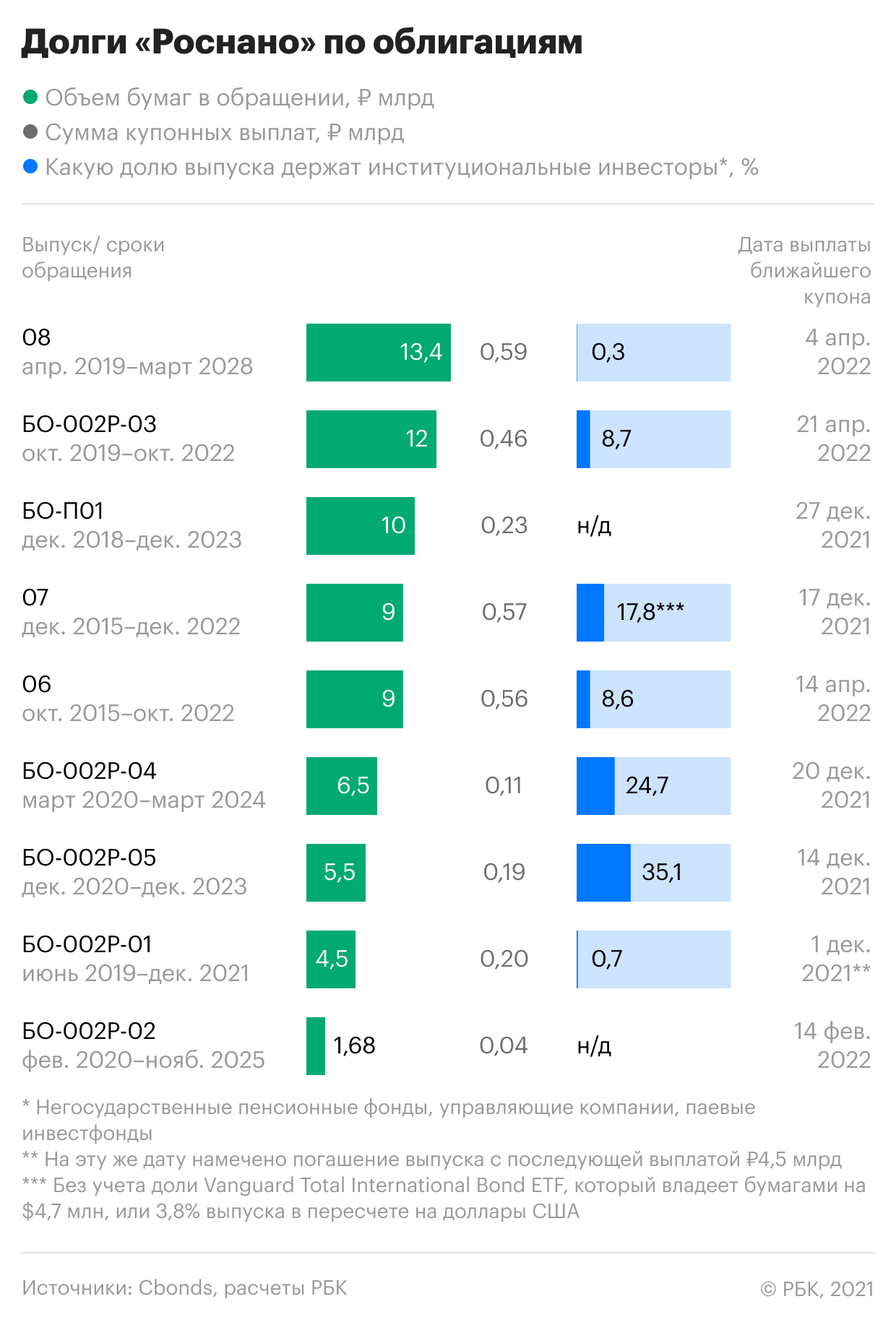 Which investors in Rusnano bonds are known about?

Among them, the leading non-state pension funds (NPF), which invested 4.3 billion rubles in the securities of a state-owned nanotechnology company, or 7.2% of the volume of seven issues where there are institutional investors. 2.9 billion rubles (4.8%) falls on mutual investment funds (unit investment funds).

The pension division of the Region Group of Companies noted that they had not yet received proposals from Rusnano on restructuring or any other way to resolve the debt situation. The volume of NPF investments in Rusnano bonds is considered uncritical there. Representatives of VTB and Ingosstrakh declined to comment. 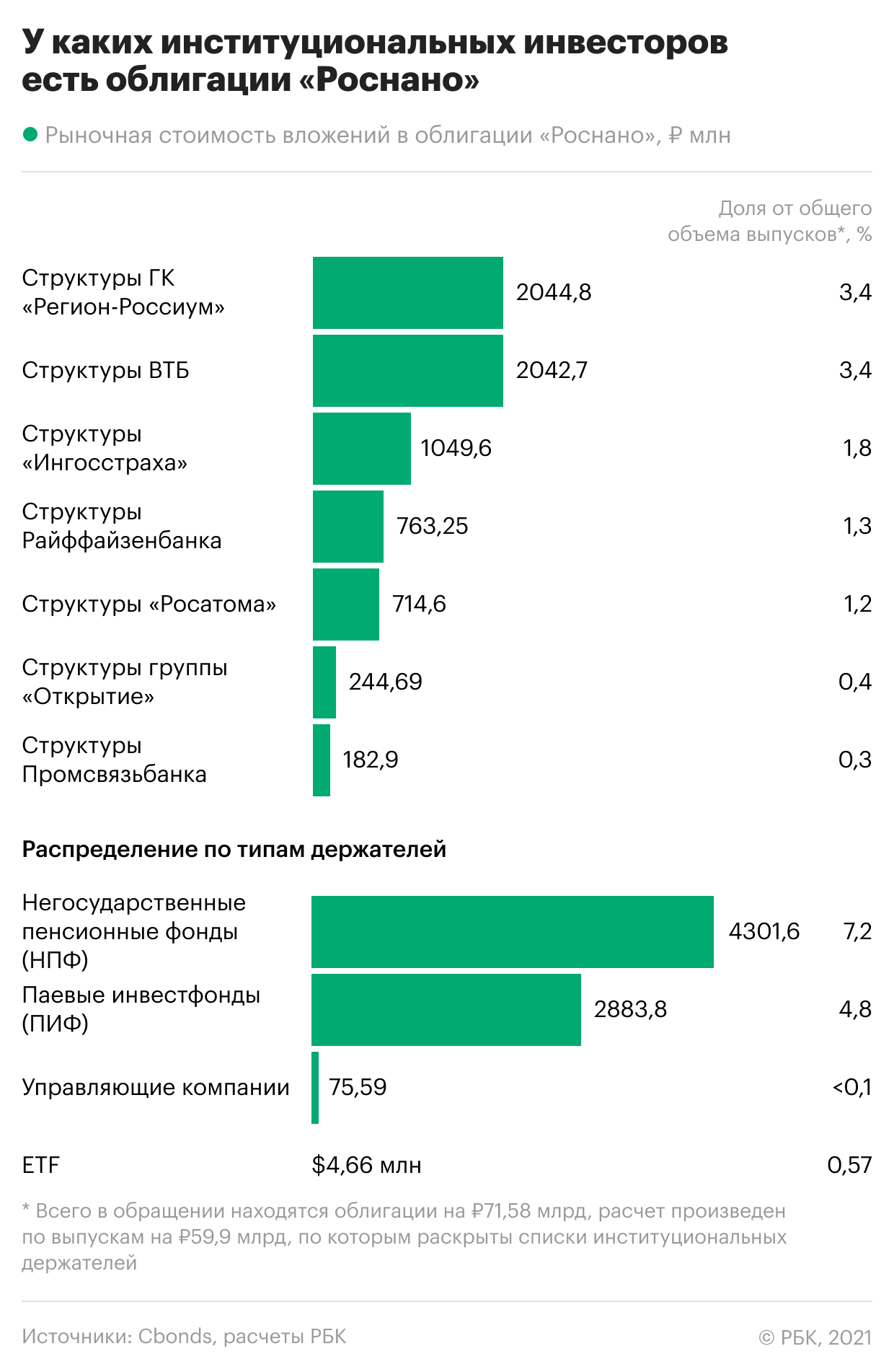 “Banks are not obliged to disclose their portfolios of securities, so we do not see them,” explains Pavel Mitrofanov, Managing Director of Expert RA. He does not exclude that at the stage of placement, part of the securities could be bought by the issue’s underwriters – banks or brokerage companies. “The terms of cooperation with the organizers are not public. Someone gets into a deal with guarantees [выкупа при размещении], someone – without guarantees. It all depends on the willingness of the issuer to pay a commission, liquidity in the market and the need for the speed of placement, ”says the analyst. Underwriters generally have no obligation to hold bonds until maturity, he adds.

According to Cbonds, its creditor banks helped to place Rusnano’s debt securities in different years. For example, Sovcombank, Ak Bars and Promsvyazbank. 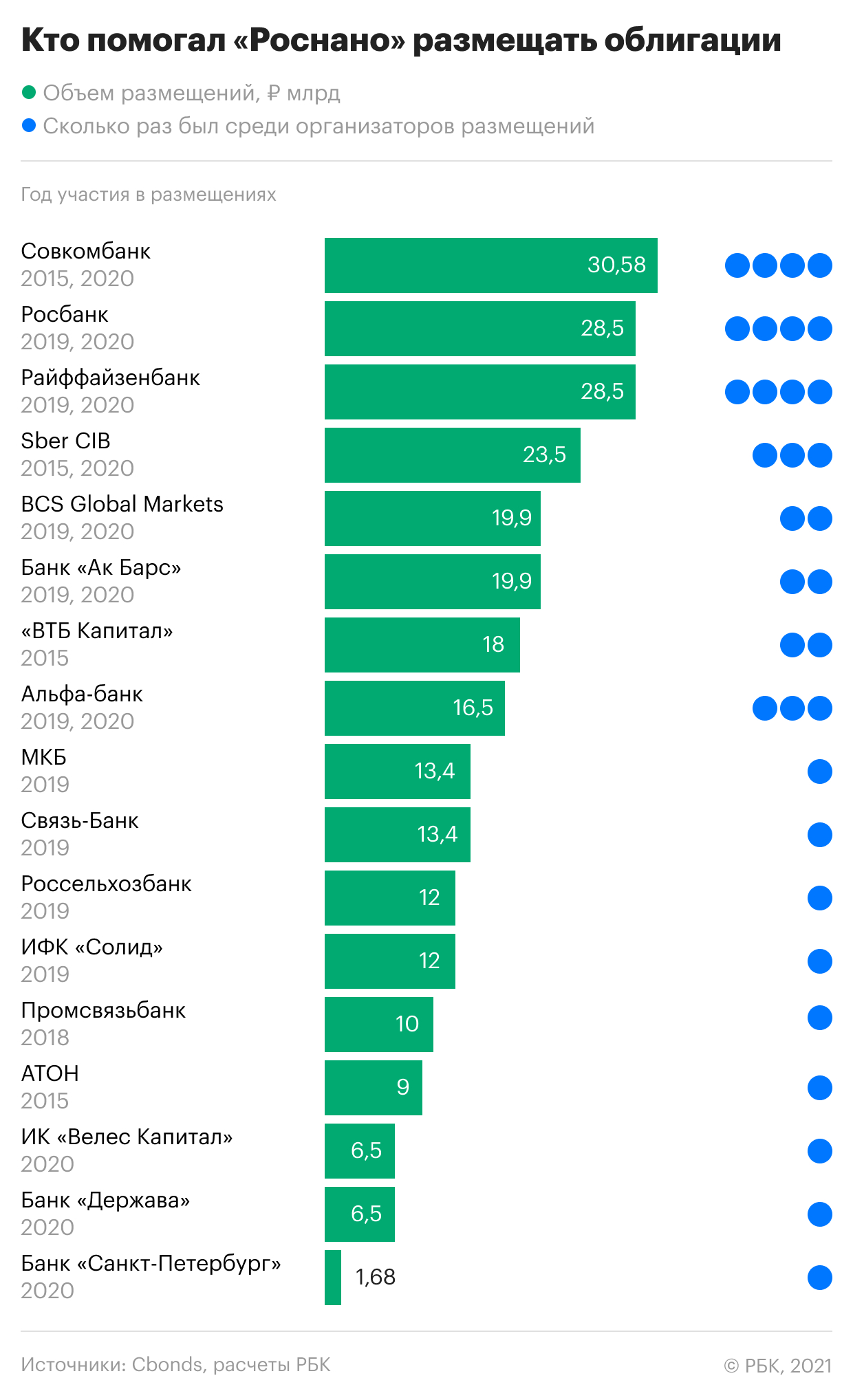 Sovcombank reported that at the moment they have no Rusnano bonds on the balance sheet. Ak Bars confirmed the presence of bonds in its portfolio. “The volume is an insignificant share in the total portfolio of securities,” said a bank representative. Promsvyazbank, Rosbank and Raiffeisenbank did not respond to RBC’s request. RBC’s source in Alfa-Bank said that the credit institution’s portfolio contains “an insignificant amount of Rusnano securities and the bank practically does not affect the situation with restructuring.” A spokesman for Alfa Bank declined to comment.

The USA dropped the Yukos case, Tinkov on the deal with Yandex. The main thing for the night – RBK

MIPT rector said he was surprised by US sanctions – RBC