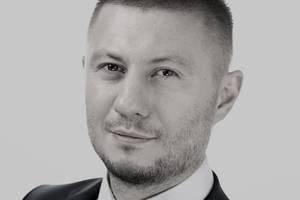 Funds from the National Wealth Fund can be directed to additional capitalization of banks. This was reported in the Ministry of Economic Development, with the stipulation that the decision on the need for state support of the banking sector will be made only in the fourth quarter of this year. That is, the authorities will look at the state of health of the banking system based on the results of the first nine months, and, if necessary, print the NWF and pour money into the capital of banks.

But will additional capitalization be required, and if so, to what extent? The Ministry of Economic Development prudently evaded specific assessments, noting only that the decision will be made depending on the three-factor model. It provides for an assessment of the financial condition of banks (the size of losses and default risks), their ability to replace existing foreign funding (for example, Eurobonds), as well as the policy of the Bank of Russia (the possibility of mitigating the regulatory burden for banks).

The regulator itself considers two scenarios for the development of events: systemic capitalization of the entire banking sector, or its individual participants: according to Elvira Nabiullina, “a small number of banks.” It is interesting that such “forecasts” come from the bowels of the Central Bank, which, it would seem, should clearly imagine the whole situation. After all, the reporting of banks is classified for everyone except the regulator.

What can we say about the spread of estimates when it comes to independent analysts. In ACRA, for example, they say that an additional 0.4-2 trillion rubles will have to be poured into the capital of banks; Expert RA is confident that the volume of additional capitalization will exceed 2 trillion rubles; the CMASF went (so far) the farthest, insisting on an amount of 3.5 trillion rubles.

It is noteworthy that in the banks themselves, at least in the largest ones, they expect to do without additional capitalization. At least in “live” money. This was stated, for example, in Sberbank and VTB. The head of the latter, Andrey Kostin, said that a simple “dissolution” of regulatory capital surcharges would free up an additional 3.3 trillion rubles for the banking sector.

The importance of the “regulatory” factor in the health of the sector is evidenced by ACRA’s calculations, according to which, if the banking system’s loan portfolio depreciates by 10%, then 17 banks, including 2 systemically important ones, will violate the capital adequacy ratio. But if we take into account capital allowances, then with the same input there will be 52 problem banks, including 8 “systemic” ones. Therefore, in the three-factor model, which was announced in the Ministry of Economics, the readiness of the Central Bank to change regulation becomes crucial.

The banking sector today is the notorious “Schrödinger’s cat” – it is completely unclear whether he is alive or dead. After all, even one-time operations of banks (the same revaluation of securities) today can both improve financial results and lead to serious losses. It is hardly possible to predict this.

However, in any case, we can say that the banking sector is unlikely to be able to do without additional capitalization. Its volume, according to the most conservative estimates, will amount to at least a trillion rubles. And the idea of ​​“regulatory” additional capitalization seems to be the most sensible: why “burn off” reserves, if you can simply release capital in a normative way? Moreover, there will definitely be more to spend on them (intensification of import-substituting industries? Infrastructure projects?).

Russia demands compensation for the cancellation of international tournaments – Expert.Ru

Cases of theft in Russian stores have become more frequent

And these are Taganrog minibus drivers: with a phone in one hand and a cigarette in the other