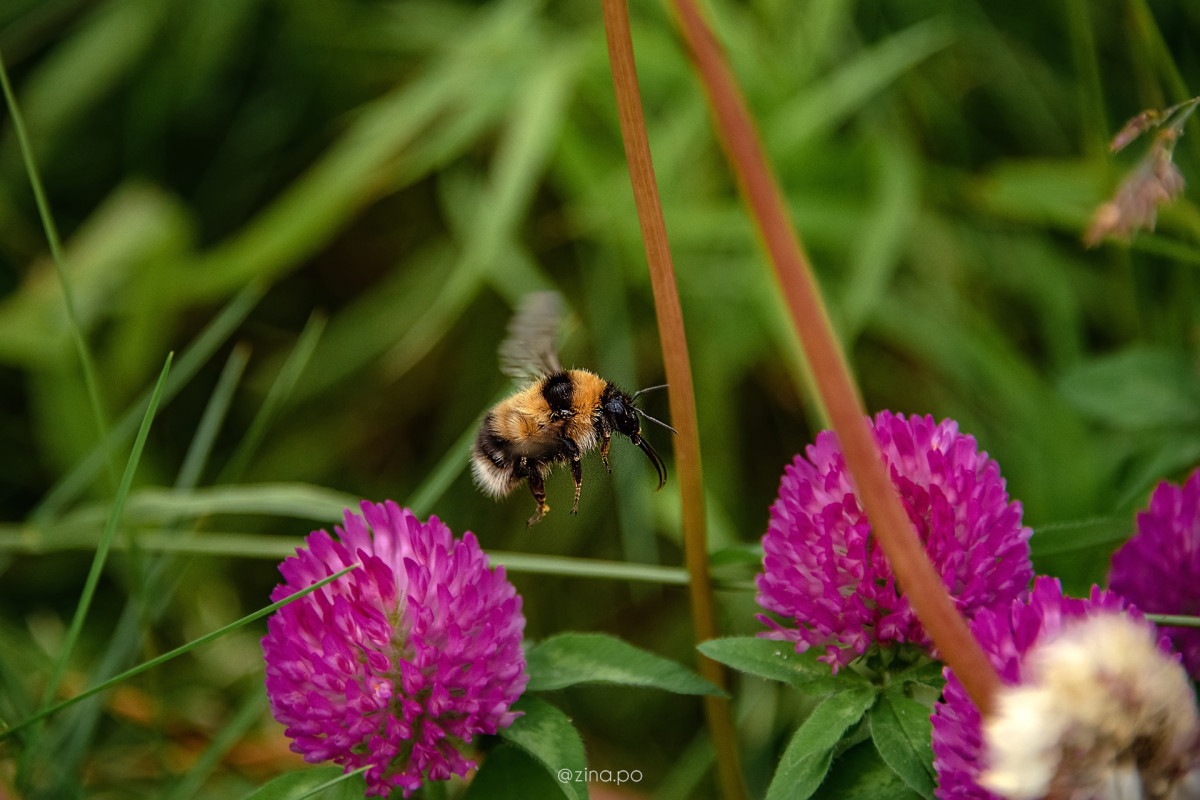 The preface to the article explains that bumblebees in high latitudes are almost the only pollinators of flowering plants. The percentage of bees in the total number of pollinating insects in the Arctic is quite low. And the further north the territories are located, the fewer bees. Therefore, the harvest of cloudberries, cranberries, lingonberries and blueberries in tundra ecosystems directly depends on the state of bumblebee populations.

Scientists at the Laverov Center note that arctic bumblebee species are sensitive to climate and weather changes. For example, cases of summer frosts that cause the death of insects affect the productivity of wild plants. There is also evidence of the negative effect of global warming on bumblebees.

– Located in the eastern part of the Barents Sea, Kolguev Island has so far been a white spot on the entomological map of Russia. Its landscape is flat, slightly hilly tundra. The first attempts to study the fauna of this remote territory were made at the beginning of the 20th century, but then research was limited to single finds. In the 2000s, the Arkhangelsk entomologist Boris Filippov, who managed to obtain the first data on the bumblebee fauna of Kolguev Island, carried out extensive work, continued the etymologists.

In the period from 2018 to 2022, the staff of the Laboratory of Subarctic Forest Ecosystems and the Museum of Biodiversity Centers Fitzkia Ural Branch of the Russian Academy of Sciences conducted several expeditions on the island. Numerous pollinator samples were collected during the field work and studied using molecular genetics methods.

According to the results of the inventory of the bumblebee fauna on Kolguev Island, five species were identified: three mass (Bombus lapponicus, B. pyrrhopygus, B. balteatus) and two small (Bombus flavidus, B. jonellus,). All of them are characteristic of the continental part of the range.

– According to the gene encoding the first subunit of the cytochrome c-oxidase enzyme, the routes of origin of the bumblebee fauna of Kolguev Island were determined, – says Grigory Potapov, head of the research group, leading researcher at the Laboratory of Subarctic Forest Ecosystems of the Laverov Center. – Studies have shown that this is a young fauna of post-glacial origin: most likely, like the tundra bear butterfly, bumblebees appeared on the island already in the Holocene period. The detected species actually do not differ in genomarkers from the Scandinavian and West Siberian populations. The island is young by the standards of geological epochs, formed several thousand years ago. Previously, it was part of the mainland. And perhaps some species have lived there since that time. Other species settled, probably in the process of migration relatively recently.

Bumblebees are able to migrate over fairly long distances. The width of the Pomor Strait separating Kolguev Island from the mainland is about 70 km.

Interestingly, Arctic bumblebees often use lemming burrows to build their nests. However, Kolguev Island is virtually free of rodents, which makes life difficult for pollinating insects.

“Lemmings and voles play a big role in the life cycle of bumblebees, but for some reason there are no rodents on Kolguev, and this is a mystery of nature, since by all indications they should be here,” says Ivan Bolotov, director of the FITSKIA Ural Branch of the Russian Academy of Sciences, Corresponding Member of the Russian Academy of Sciences. – This to some extent complicates the living conditions of pollinating insects. Arctic bumblebees love abandoned lemming burrows, where rodents drag moss to create a warm, comfortable hiding place. There is such a pattern: the more lemmings and their holes, the higher the concentration of bumblebees. On Kolguev, bumblebees often nest in river valleys, where there are cliffs, and in hummocks. In particular, one of the nests of the Lapland bumblebee was found in a tussock.

It should be noted that earlier entomologists of the FICKIA Ural Branch of the Russian Academy of Sciences together with colleagues from other Russian institutions discovered populations of the rare glacial bumblebee Bombus glacialis on Wrangel Island and Novaya Zemlya.

in the Nenets Autonomous Okrug, private security officers of the Russian Guard celebrate the anniversary at the combat post