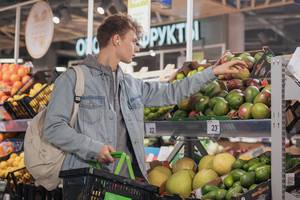 In February-April, the number of thefts in Russian stores increased. Often, goods are taken away without payment along with the basket, and cases of theft at self-service checkouts have also increased. Only in grocery stores, crimes increased by 27% compared to the same period in 2021, RBC reports, citing data from the developer of the NTechLab face recognition system.

“The top 5 categories that most often attracted intruders in February-April of this year included confectionery (19% of all thefts), sausages (16%), alcohol (14%), cheeses (13%), coffee and cocoa. (7%). Theft of goods at self-service checkouts has become a trend. The number of participants in such frauds over the analyzed period increased by 34%, ”the study says.

The top manager of one of the largest food retailers confirmed to RBC that now they “take out” everything, steal more and more. In stores, according to him, they are strengthening security, improving video surveillance systems and putting locks on expensive alcohol, caviar, cosmetics and household chemicals.

Sergey Agibalov, business manager of the Sportmaster group, said that attackers most often try to steal products from expensive Western brands in their stores. Oleg Ponomarev, co-owner of the Semya and Spar Kaliningrad chains, said that the number of controllers had to be increased at retail outlets. In addition, according to him, it is not always possible to find out who is stealing: staff or customers. At the same time, he believes that nothing has changed in trade in this sense over the past 20 years: “Poor people and young people steal because of lack of money or hooligan considerations.”

Formerly “Expert” wrotethat last winter the value system of dacha thieves in Russia changed. If earlier they took pots, buckets, aluminum, stainless steel and copper products out of their houses to hand them over to metal collection points, now they steal mainly building materials and plumbing. Rosgosstrakh explained this choice by increasing the cost of materials for construction and repair.

Demography as fuel for the economy – ExpertRU