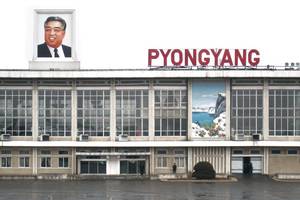 North Korean leader Kim Jong-un at a meeting of the Politburo of the Central Committee of the Workers’ Party of Korea called the outbreak of coronavirus in the country a great shock. The total number of cases of “unknown fever” in the DPRK amounted to 524 thousand people, the number of deaths reached 27, TASS reports.

“The spread of a harmful infection can be called a major shock since the founding of the republic. It is possible to overcome this crisis if we strengthen the anti-epidemic fight and maintain strict quarantine measures,” Kim Jong-un said at a meeting of the Politburo, where measures to combat the coronavirus were discussed.

On the eve of May 13, 174 thousand people were identified in North Korea with signs of an “unknown fever”, the total number of such patients since the end of April has amounted to more than 524 thousand. A total of 27 people died, at least one of them was found to have omicron.

Formerly “Expert” wrotethat on May 11, the number of new cases of COVID-19 infection in Russia amounted to 4102, becoming the lowest since the end of April 2020. An increase in the number of hospitalizations is observed in 42 regions, a decrease in 32. In total, 18,241,329 cases of coronavirus infection were registered in Russia during the entire pandemic, 377,248 people died, 17,619,414 recovered.