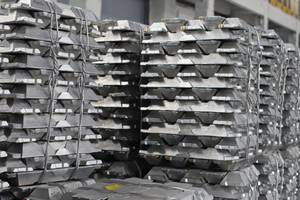 The volume of aluminum supplies from Russia to European countries increased in April of this year by 15% compared to the same period in 2021.

This is reported by Kommersant with reference to Eurostat data. It is reported that imports of raw aluminum and wire rod from Russia to the European Union this April reached 76 thousand tons. At the same time, if in the middle of last spring the price of aluminum on the LME was at $2,400 per ton, then in 2022 it fluctuated between $3,100–3,400 — this was a record for the last 14 years.

As the newspaper notes, the European Union did not impose sanctions on Russian aluminum, as well as against its largest producer, RUSAL, which accounts for 41% of sales in Europe. However, deliveries are seriously complicated by problems with logistics: European hubs do not work with Russia, container lines refuse ship calls to Russian ports – as a result, it is quite difficult to deliver cargoes that are not subject to sanctions by sea.

It is also reported that the execution of contracts by RUSAL is complicated by the situation with the supply of alumina. In March, the company stopped the Nikolaev alumina refinery in Ukraine, then the shipment of raw materials from the port of Nikolaev stopped; Mykolaiv itself is now under the control of Kyiv. In addition, the metallurgical company lost potential supplies from Australia, which in March announced a ban on the export of alumina and aluminum ores to Russia. In this country, RUSAL owned a 20% stake in Queensland Alumina. In last year’s reports, the Russian company indicated that the production of alumina at this asset is 742 thousand tons, or 9% of its total production. Under the current conditions, purchases of alumina from China are increasing, as well as from Ireland, where RUSAL’s Aughinish Alumina alumina refinery is located.

According to a source familiar with the situation, it is not worth drawing any conclusions on the situation with aluminum supplies to Europe at the moment, since the metal cleared in April was ordered at least two months before. It is noted that the aluminum market in 2022 will remain highly volatile due to geopolitical tensions. According to CRU Group analysts, if the situation in Ukraine provides more clarity, the aluminum price may stabilize around $2,700.

Reforms of Peter: do not lie under, but stand in a row – ExpertRU

Which snake bite is non-venomous?