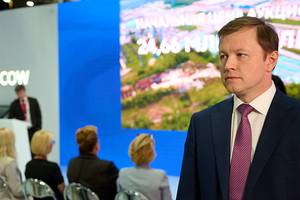 More than 300 washing units for flexible endoscopes will be delivered to the medical facilities of the capital by a resident of the Technopolis Moscow special economic zone by the end of 2022. This was announced by the Vice-Mayor of Moscow for Economic Policy and Property and Land Relations Vladimir Efimov.

“The Russian manufacturer of medical equipment, a resident of the capital’s special economic zone, will supply more than 300 specialized washing machines to 88 medical institutions of the city by the end of this year. The company strives to respond in a timely manner to the demands of Moscow healthcare and ensures their infectious safety for several years. The company has invested more than 40 million rubles in the production of in-demand disinfection equipment on the territory of the Moscow Technopolis,” Yefimov said.

The equipment will be supplied by JSC Tyumen Plant of Medical Equipment and Instruments (TZMOI), which has localized production in the territory of the special economic zone in 2020. The company is part of the cluster of medical technologies and biopharmaceuticals of the SEZ, which includes 20 high-tech companies.

“As part of its investment development program, following the results of 2021, the company increased the production of washing machines for flexible endoscopes by almost 17 times in monetary terms compared to 2020. They exceeded 600 million rubles,” added the head of the Moscow Investment and Industrial Policy Department. Vladislav Ovchinsky.

The growth of indicators was achieved, among other things, by comfortable conditions created in the special economic zone, said the General Director of the SEZ “Technopolis” Moscow “” Gennady Degtev.

News of the day: Voluntary certification of forest products has begun in Russia – Expert.RU

News of the day: How to raise a Newton – Expert.RU