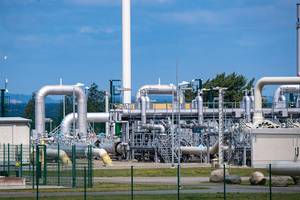 EU solidarity will face a very serious test of strength this winter if Russia cuts off gas supplies, Markus Krebber, head of German energy company RWE, warns. He is confident that chaos will reign on the continent if the Europeans do not agree in advance on how they will share energy resources and energy. Krebber believes that an agreement must be reached before winter, when, as he figuratively put it, “there will be a fire in the house (Europe”).

RWE, Germany’s largest electricity producer, has received 60% less gas since last week than what was stipulated in the contract. As a result of Gazprom’s reduced gas supply due to a delay in the return of the turbine, Berlin decided to resort to emergency measures and return mothballed coal-fired power plants to power generation, thus casting doubt on the timing of the transition to clean energy.

The International Energy Agency (IEA) warned this week that Europe should brace for a total shutdown of Russian gas supplies because Moscow wants to retaliate against the EU for anti-Russian sanctions.

On June 23, Germany launched the second phase of its gas emergency plan and warned that it was now much more difficult to fill storage facilities with gas for the winter. The European Commission, meanwhile, plans to develop a so-called “solidarity plan” by the end of July, a European contingency plan in case Russia completely cuts off gas supplies.

The German energy regulator the Federal Network Agency (BNetzA) is now preparing plans to limit gas supplies to businesses and companies this coming winter and save households gas and electricity.

Coordination is necessary, according to Markus Krebber, so that energy resources can also be delivered to such countries as the Czech Republic and Hungary. He also believes that each country should determine for itself which enterprises will receive gas in the first place. If European countries do not agree on how much gas to allocate for heating residential and public buildings, or on the principles that should be followed when determining enterprises and companies that should receive gas and energy under any circumstances, then a political crisis may arise, Krebber believes. .

Markus Krebber’s proposal for standardization is well founded. In the past, the courts have already had to deal with the claims of some countries against others for the right to determine priority consumers: housing, schools, hospitals, and so on. If a country thinks that its rights have been infringed upon, the unity in the EU can be forgotten.

“The free movement of energy,” explains Energy Aspect analyst James Waddell, “is one of the main pillars on which the EU stands. However, during crises, this system comes under great pressure, because countries try to warm their own citizens first.”

On the other hand, Andrei Ilas, founder and head of the Romanian energy company nrgi.ai, warns against creating something like a command body that will control energy and its distribution.

Markus Krebber also warned in an interview with the Financial Times that Germany would not be able to replace Russian gas with alternative energy sources such as liquefied natural gas, wind and solar energy until the winter of 2024-25.

“Our packaging can be found from Kamchatka to Kaliningrad” (July 2, 2022)