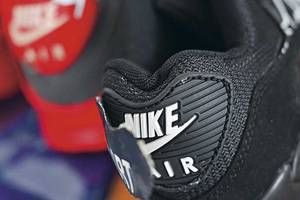 The American transnational company Nike, which specializes in the production of sportswear and footwear, announced today its final withdrawal from the Russian Federation. The window of opportunity for competitors, slightly opened by the March wind from Ukraine, has opened even wider today.

Nike Inc. decided to leave the Russian market. As a result, nike.com and the mobile app will no longer be available in this region. Nike stores have recently temporarily closed and will never open again,” the message appeared on the main page of the Russian version of the company’s website. Apparently, in order to emphasize the drama of the moment, it is placed on a completely white background in full screen, and all other sections of the resource are hidden from users.

Nike’s demarche did not come as a surprise in the current economic and political situation. The company, which worked in the Russian Federation through two structures at once, owned in turn by the Dutch divisions of the manufacturer of sports equipment, suspended the work of stores in the Russian Federation after the start of the special operation, leaving only franchise outlets. Now the period of uncertainty is de jure over.

At the same time, Russian participants in the sportswear market comment on today’s event with optimism restrained by corporate ethics. Moreover, de facto Nike, like many other Western corporations, said goodbye and did not leave 100%.

The Sportmaster company, one of the country’s largest retailers of sporting goods and having a line of its own brands (Demix and others), commenting on the situation to Expert, said that they would provide Russian buyers with sportswear, sports shoes and equipment both online, as well as offline channels.


“Sportmaster’s strategy has always been to have well-known global brands and company brands designed specifically for the Russian market. Sportmaster had an exclusive contract with Nike. Nike is closing its retail stores, but Sportmaster is getting a new collection. Therefore, our customers will, as always, have a wide range of products that cover basic needs, the ability to choose brands, affordable prices, and the necessary service,” the company noted.

The competition is growing

Anastasia Zadorina, the founder of the ZASPORT brand, which is the official outfitter of the Russian Olympic team, as well as a wide range of sports federations and clubs, confirmed to Expert that the domestic manufacturer is ready to replace Nike and other similar companies that have suspended or completed work in Russia.

“Since 2012, our company has been specializing in the development of equipment for Russian sports clubs, federations and corporations. ZASPORT has its own production in Moscow, and we continue to cooperate with Russian and foreign partners. It is planned to open a ZASPORT factory in Bashkortostan in 2023, where a large volume of products will be produced,” she said.

“ZASPORT is also developing a casual direction, developing new collections for retail and expanding the retail network itself – for example, on May 26, a new brand store was opened in Yalta. ZASPORT already has stores in Moscow, Sochi and Anapa, now the brand has opened a store in the Crimea,” added Anastasia Zadorina.

“Many foreign brands have now suspended contracts for the provision of equipment for Russian sports clubs, so this market is now open – we receive many offers of cooperation and requests for tailoring sports uniforms. Accordingly, with the departure of Western sports brands from the market, competition among manufacturers who want to replace them immediately began to grow. Russian companies are successfully adapting to the current situation and will try to find their niche in this market. Their number will certainly grow,” concluded the founder of the ZASPORT brand.

It became known about the impending mega-deal with Russian oil

The Ministry of Finance transferred 12.5 billion rubles under Eurobonds “Russia-2027” and “Russia-2047” – ExpertRU

Today is the day of memory of St. Paul of Taganrog

How much budget money is spent in Taganrog on stray dogs?