To support the reindeer breeding industry, the purchase price of venison meat at JSC Myasoprodukty will be increased to 200 rubles per kilogram of meat 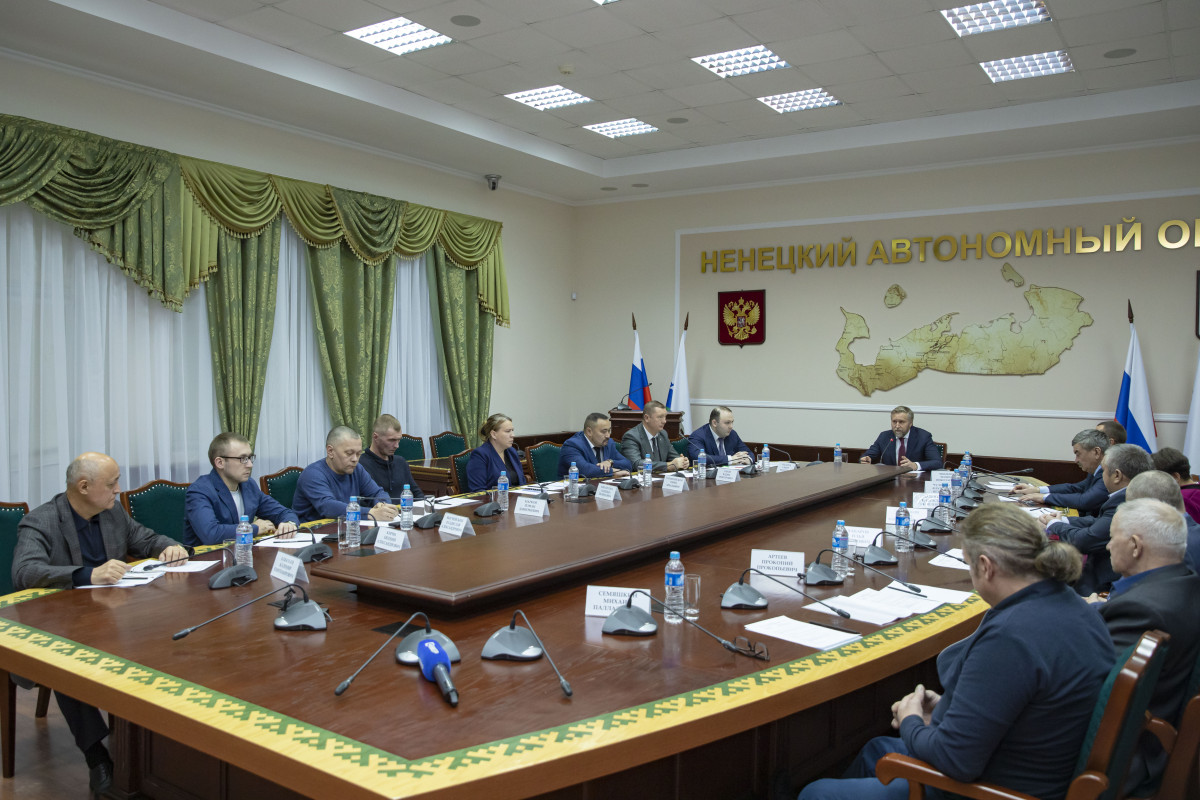 This decision was made by the governor of the Nenets Autonomous Okrug Yuri Bezdudny following a large meeting on the development of the agro-industrial complex. He noted that an increase in the purchase price will help support the reindeer herding industry, increase salaries for tundra workers, and increase the amount of meat processed at Myasoprodukty JSC.

The meeting with agricultural producers was attended by the chairmen of the SEC, heads of livestock complexes, the Nenets Agro-Industrial Company and JSC Myasoprodukty. At the beginning of the meeting, the participants summed up the preliminary results for 2022.

So, the governor of the Nenets Autonomous Okrug recalled what tasks were set for the relevant department a year earlier. He announced 5 priority areas of the concept of agricultural development adopted in 2021. This is providing the district with locally produced meat and dairy products, preventing a sharp increase in the cost of meat and milk, building new modern farms to save jobs in the countryside and create new ones, providing capacity for storing raw materials, as well as supporting farms to increase the real incomes of workers and reindeer herders.

The head of the region also spoke about the tasks already completed. In 2021-2022, the reconstruction of agro-industrial complex facilities was carried out. With the help of district support, a meat processing shop appeared in the Nenets community Kanin. JSC “Myasoprodukty” built a warehouse for finished products and introduced refrigeration capacities for 200 tons. SPK “Yerv” acquired equipment for the slaughterhouse at the expense of district support. SPK “Dawn of the North” completely modernizes its slaughterhouse. Also this year, changes were made to the mechanism for subsidizing the reindeer breeding industry. They allowed to reduce the cost of venison for the residents of the district and increase the income of farms.

– The decision to move along this path, as the results show, was the only right one! The goal is simple and clear – to ensure food security. On the tables of our residents there should be high-quality meat, fish, milk, bread. And at an affordable price! – said Yuri Bezdudny.

To maintain the course of development of the agro-industrial complex of the region, the governor ordered the development of a new package of support measures. Thus, it will provide for an increase in the subsidy rate per 1 kilogram of milk sold and (or) shipped for its own processing up to 75 rubles. Livestock breeders will receive increased support from September 2022 and throughout 2023. To support the reindeer breeding industry, the purchase price of venison meat at JSC Myasoprodukty will be increased to 200 rubles per kilogram of meat.

The new package of measures will also include individual support for individual farms. For SEC “Dawn of the North” it is planned to provide for an increase to 95% of cost recovery in 2022 as part of a subsidy for the creation of agro-industrial complex facilities. This measure will prevent the growth of prices for the products of the regional meat-packing plant.

It is also planned to take control of the organization of training for representatives of the Yamb To community in the specifics of working on the new equipment. We are talking about the production base, which will arrive at the SRO in December. In addition, work will continue on the construction of new farms in rural settlements, including in the villages of Oma and Nizhnyaya Pesha, as well as the accounts payable of the MCP “Great Livestock Breeding Complex”.

Tourist visitor center to open on Novaya Zemlya in 2023