From October 28 to October 31, a championship in professional skills among the disabled and people with disabilities was held in Moscow 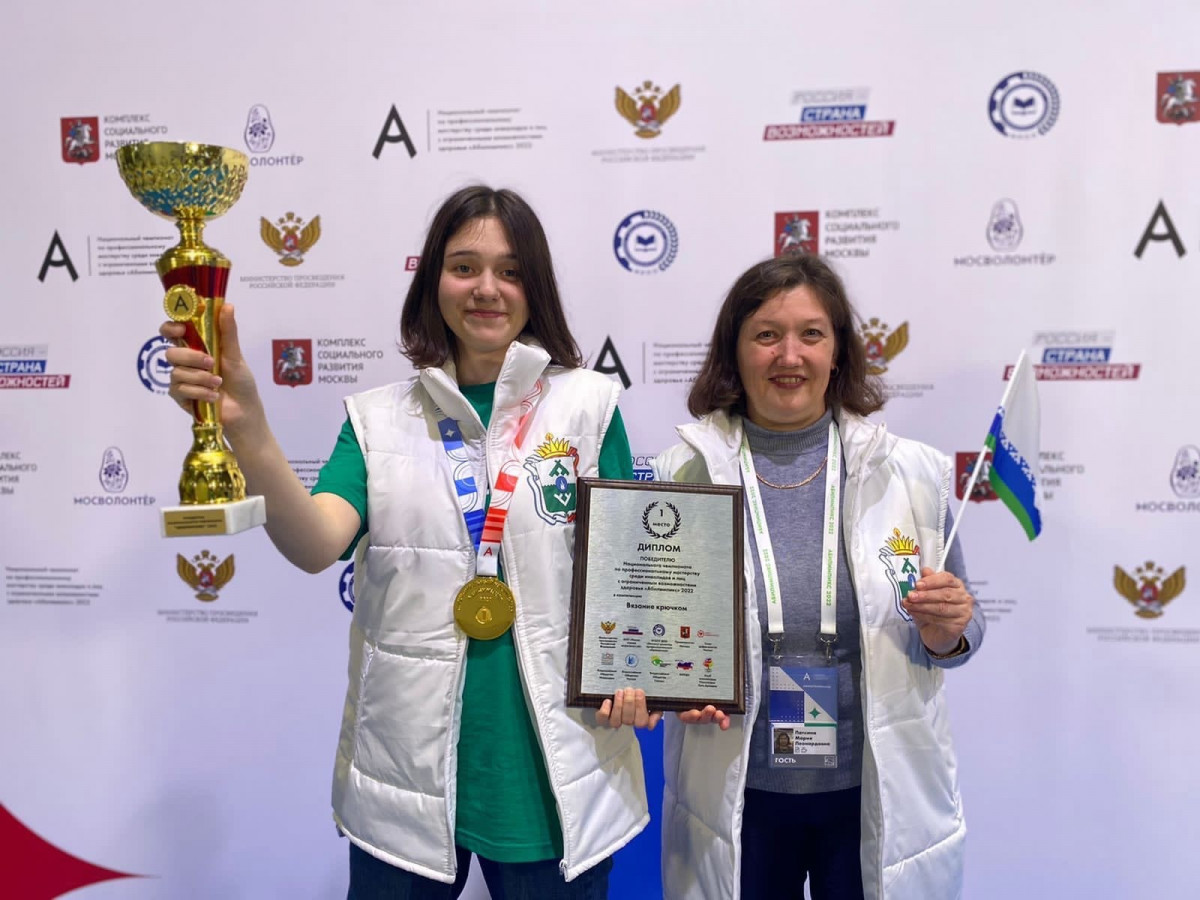 Photo: Department of Education, Culture and Sports of the NAO

The team of the Nenets Autonomous Okrug consisted of 10 people, including 4 participants, mentors and representatives of the Abilympics regional volunteer center, who helped at the All-Russian competition site. Galina Durkina, a student of school No. 2, became the winner in the “Crochet” competency.

Among the top ten participants in the competency, the final competition was held, in which Galina Durkina, a schoolgirl from the Nenets Autonomous Okrug, showed the best result.

– My mentor was Maria Leonardovna, together with her we prepared for the championship for a long time and hard for a year. Shortly before the start of the competition, we learned that changes had been made to the task. And in order to perform well, before the championship we had to train seven days a week, – says Galina Durkina. – At the competitions, I knitted a bag, it had to be knitted in three hours. To be honest, I did not expect that I would become the winner of the championship, but I am very glad about it. I want to express special words of gratitude to my mentor Maria Leonardovna,” she said.

Also, representatives of the Nenets Autonomous Okrug Team competed in the competencies “Hairdressing” in the age category “Schoolchildren” and “Knitting” in the category “Specialists”. The winners of the regional stages of the 2021-2022 championship, Yarina Grebenyuk and Alla Ostaltseva, competed in these directions. In the All-Russian exhibition of works of participants “Together – stronger!” from the district participated Lada Varsapova with the work “Polar Bear”.

Representatives of the Nenets Autonomous Okrug have been participating in the All-Russian stage of the Abilympics National Championship since 2018, and have won prizes more than once. The purpose of the competition is to promote the development of professional inclusion of students, graduates and young professionals with disabilities or disabilities in the labor market.

“Mesmerizing songs and amazing dances.” The delegation of the Nenets Autonomous Okrug returned from Salekhard