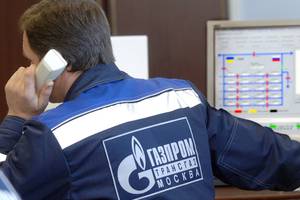 On May 10, the GTS Operator of Ukraine and NJSC Naftogaz warned Gazprom about stopping the acceptance of transit gas through the Novopskov compressor station and the Sokhranovka gas measuring station starting at 7 am on the 11th. Explanation – the onset of force majeure. The territory of the stations is now controlled by Russian troops. Gazprom does not agree with this assessment and said that this step significantly reduces the reliability of Europe’s gas supply. Nominations for pumping fuel through these stations since 7 am on May 11 are at zero.

Recall that under a bilateral five-year contract dated December 30, 2019, Ukraine undertook to annually pump Russian gas to Europe in the amount of 40 billion cubic meters (65 billion in 2020) through its GTS. The transit tariff – $2.64 per 1,000 cubic meters per 100 km – is three times higher than at Nord Stream 1. As a result, Kyiv planned to earn up to $7.2 billion by pumping Russian gas until 2024. At the same time, due to the failure of the initial deadlines for the commissioning of Nord Stream 2 (American sanctions affected), Gazprom had to agree to an unprofitable transit formula “pump or pay”. No matter how much gas is pumped through the Ukrainian GTS in reality, one has to pay “for air”.

In 2020, for example, 58.8 billion cubic meters passed through Ukraine to Europe. But Gazprom had to pay for all the 65 billion stipulated in the contract. Last year, 42 billion cubic meters were pumped, but the transit tariff was increased for an additional 2 billion.

This year, Ukrainian transit turned out to be extremely uneven. To pump 40 billion cubic meters a year, it is necessary to order 109.6 million cubic meters daily. But in January, the average daily transit was two times lower than planned. Gazprom explained this by a significant decrease in applications from European consumers due to exorbitant spot prices in December-January. But in February-March, even despite the start of a special military operation, the daily transit was basically close to contractual obligations. From mid-April, transit again began to decrease daily due to the establishment of warm weather.


However, the GTS Operator of Ukraine on the eve refused to accept any volume of transit, declaring that force majeure had occurred. These stations, located on the territory of the Luhansk People’s Republic, came under the control of Russian troops.

Meanwhile, a representative of Gazprom, Sergei Kupriyanov, said that his company had not received confirmation of force majeure and did not see any obstacles for continuing to work as before, and the transfer of all transit volumes to the Sudzha GIS, as proposed by the Ukrainian side, is technologically impossible. He also said that Gazprom fully fulfills all obligations to European consumers, supplies gas for transit through Ukraine in accordance with the contract and the operator agreement, and transit services are fully paid.

As of the end of the day on May 11, the situation is as follows. Nominations for pumping gas through Sokhranivka are equal to zero. Naftogaz warned Gazprom that if transit continues along this route, it will begin to withdraw this volume of gas in its favor. At the same time, Gazprom must continue to fully pay for Ukrainian transit according to the “pump or pay” formula. Otherwise, Naftogaz of Ukraine will file a lawsuit in arbitration.


Thus, according to Sergei Kupriyanov, transit to Europe has been reduced by 34%. And since Ukraine has left only one entrance for pumping Russian gas, this, as Gazprom warns, “significantly reduces the reliability of Europe’s gas supply.”

On the European gas market, the Russian-Ukrainian gas battles have so far been reacted without much excitement. Spot prices rose by only 4% on average. True, it should be noted that the price level is already too high, steadily exceeding the corridor of $1,000-1,100 per 1,000 cubic meters this year.

The reason, apparently, is that so far the gas shortage concerns only Germany and Slovakia. Russian gas is supplied to the Czech Republic through Germany via the Opal gas pipeline, a branch of Nord Stream 1. To Hungary and Serbia – along the second branch of the Turkish Stream. And most importantly, Nord Stream 1 operates in full every day, pumping up to 160 million cubic meters (annual capacity is 55 billion cubic meters). Gas is supplied through it to Germany, and then to the Netherlands, Italy and Austria.

Despite the complexity of the current situation with the transit of Russian gas, there is theoretically a way out of it. For example, to resume daily applications for pumping gas through the Polish section of the Yamal-Europe pipeline. It has been rarely used since the end of last year. In addition, on April 27, Gazprom stopped supplying gas to Poland due to its refusal to pay for it in rubles, which, of course, complicated the already almost hostile relations between the two countries. But on the night of May 9-10, Gazprom nevertheless pumped 1.1 million cubic meters through this pipeline in one hour. So, if not completely, then partially, 32 million cubic meters, previously transited through Novopskov, will still be reimbursed.


It should also be taken into account that during the summer period, European applications are likely to decrease. So the real intrigue is expected not in the next few days, but after May 15, when it becomes known whether most European energy companies are ready to pay for Russian gas in rubles. A number of them express such a possibility. But far from all. Otherwise, Ukrainian transit may not be needed at all. Nord Stream 1 and Turkish Stream alone will be enough. And from a financial point of view, even just paying off according to the “download or pay” formula at such high prices from Ukraine is quite realistic. Although, most likely, more rational solutions will be found.

The administration of Taganrog wanted to justify itself for the Notepad video, but caused even more anger of the townspeople

13 thousand residents of Taganrog made their choice towards health