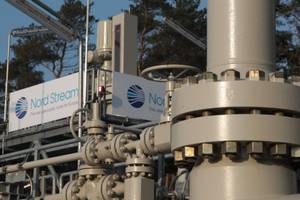 The German Ministry of Economy is considering the possibility of confiscating the part of the Nord Stream 2 gas pipeline that runs through Germany.

Spiegel writes about this, citing sources in the department.

The government is looking into whether it is possible to expropriate part of the pipeline system that is in Germany, cutting it off from the rest of the pipeline. It is explained that such a step would allow connecting pipes leading from land to sea with a floating terminal for receiving liquefied natural gas. Since Nord Stream 2 is already connected to the distribution network, this way the gas could be transported directly to the south of Germany.

Experts involved in the issue have raised concerns that pipe splitting will create environmental problems. Uncertainty with property rights is also an obstacle: the operator of Nord Stream 2, Nord Stream 2 AG, is now on the verge of bankruptcy, and an interim manager has been appointed in it. In addition, Germany fears that Moscow will take retaliatory measures.

Press Secretary of the President of the Russian Federation Dmitry Peskov commented on the publication of the German edition. According to him, there is no point in engaging in “hypothetical reasoning” about the nationalization of Nord Stream 2. “If there are concrete actions, first of all it will be a job for lawyers,” the Kremlin spokesman emphasized, pointing out that in the absence of official statements, it is impossible to evaluate such information.

Last week, on June 16, the head of Gazprom, Alexei Miller, said that from a technical point of view, the Nord Stream 2 gas pipeline, the construction of which was completed in September 2021, is fully ready for operation and transportation of gas to Europe.

At the moment, the Russian company cannot make full use of another pipeline, Nord Stream 1. This is due to the fact that the German concern Siemens did not provide equipment in time after repair in Canada, which Montreal does not return due to anti-Russian sanctions. Now only 40% of the usual amount of gas enters Germany through Nord Stream 1, Spiegel notes.

Supplies of push-button phones to Russia have grown sharply