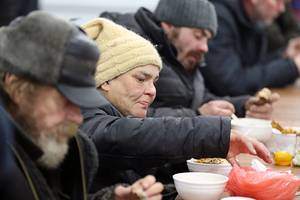 Attention to the homeless by the government increased amid the pandemic, when some Russians suddenly lost their jobs and, as a result, the ability to pay for housing.

Dmitry Davydov believes that creating employment incentives for citizens who find themselves on the street, and providing them with temporary housing, can help solve the problem of homelessness. How to implement this, based on international experience, he formulated in a non-profit project “20 ideas for the development of Russia“.

Without a home and opportunities

There are no exact statistics on the number of people without a fixed place of residence in Russia, but, according to experts, there are about 4.5 million of them. The state is already making efforts to register the homeless, in particular, this year it is expected that such citizens can be registered through the public services portal.

Most people become homeless due to financial hardship and bankruptcy, according to survey data. Most often this happens due to an unsuccessful attempt to move to another city in search of work (32.6%). In second place is the inability to rent housing due to lack of income (31.6%). Contrary to stereotypes, most homeless people want to get out of this situation. But finding a job when you live on the street becomes more difficult as health suffers, both physical and mental. Getting out of this situation without support is almost impossible.

At the moment, homeless people in Russia cannot register for unemployment at their place of residence and receive benefits. Finding a job officially without the help of public organizations is very problematic. Because of this, often able-bodied citizens without a home are involved in criminal activities. Therefore, the solution of the problem affects many areas and requires an integrated approach.

In recent years, Finland has significantly reduced the rate of homelessness. This was largely due to the Housing First (HF) program, which has been operating in the country since 2008. Such a policy assumes that people living on the street are provided with permanent residence. At the same time, they are not required to get rid of bad habits, be treated, get an education or a job. Social workers help citizens already within the walls of their new home, and solve the problems that led to the fact that people were on the street. Social housing is at the disposal of a special non-profit fund. At the moment, it includes 18 thousand apartments in 57 settlements.

The Housing First program began to work in Ireland in 2018, but so far it mainly involves pathological homeless people with psychophysical disabilities. The state provides them with housing, more often in rural areas, and helps through social workers in resocialization.

In Italy, local governments have been providing housing support for the homeless since 2015. There are also social enterprises that involve such citizens in work and teach skills.

Mercy and a roof over your head

Dmitry Davydov proposes to allow all citizens without registration in Russia to register with the employment center as unemployed with the possibility of receiving unemployment benefits. So, having found themselves without work in another city, Russians and holders of a residence permit will have a better chance of finding a job and avoiding homelessness, and the homeless will be able to return to normal life.

For those who have spent at least 30 consecutive days in shelters, are able to work and are registered as unemployed, it is proposed to provide housing for two months, subject to a number of conditions. In particular, a citizen is obliged to go to a job selected according to his skills, follow the rules of residence and undergo a rehabilitation course in the presence of a fatal addiction.

Finding a job is an important support tool for people who find themselves on the street, says the head of the PR department of the Nochlezhka charitable organization Danil Kramorov. “Often a person living on the street cannot find a job on his own, because he could lose social skills or is not confident in his abilities, so help in finding a job is undoubtedly important. Job search is one of the most frequent requests of people who apply to our projects,” he told Expert magazine.

In addition, the homeless also often need help finding housing. “Temporary housing certainly helps. A person who has a roof over his head will be able to focus on solving his main problem, and not think every evening where, for example, he will spend tonight. Housing Ffirst is one of the most effective ways to rehabilitate the homeless,” said a spokesperson for the charity.

The principle “Housing first” is also supported in the project of Dmitry Davydov. Thus, the author believes that if in two months the problem of homelessness cannot be resolved for reasons beyond the control of the program participant, then it is proposed to provide him with housing on preferential terms for a minimal fee. A citizen will be able to live in affordable housing until he finds a permanent place of residence.

Accredited non-profit organizations and private entrepreneurs can act as operators of the social housing program. They will receive funding from the state if the housing meets the established standards.

To avoid abuse, the author of the idea proposes to observe certain conditions when selecting program participants. First, do not include in the program those who became homeless voluntarily, having the opportunity to stay at home. Second, ask for proof of residence on the street. This could be a referral from a charity, law enforcement, utilities, and other local organizations that can validate a homeless lifestyle. Thirdly, re-participation in the program is allowed only after a year. Fourth, to leave the right to the regulatory body to refuse participation in the program when the applicant’s intentions raise doubts or concerns. Fifth, for companies that hire or train in the workplace a homeless person, establish tax breaks for 6-12 months. According to the author, this will attract entrepreneurs to cooperate with employment centers.

If these measures are implemented, then there will be fewer homeless people, Davydov is sure. As a result, crime will decrease, and the number of citizens involved in socio-economic activities will increase. Also, companies and non-profit organizations that will help the homeless will receive support from the state. New jobs will appear. “Considering the advantages listed above, in the long term, the state’s costs for the implementation of these proposals will pay off. The main effect will be to improve the quality and length of life for millions of Russians who are faced with homelessness,” the author of the idea believes.

Project “20 ideas for the development of Russiawas formulated by Dmitry Davydov in 2016. During the pandemic, the author supplemented the initiatives with new ideas. All of them are written from humanistic considerations and are aimed at improving the life of Russians, the author emphasizes.