In the Nenets Regional Center for the Development of Education, the winners of the district intellectual competition “Clever and clever NAO”, dedicated to the Day of the formation of the Nenets Autonomous Okrug and the Day of Oil and Gas Industry Workers, were awarded 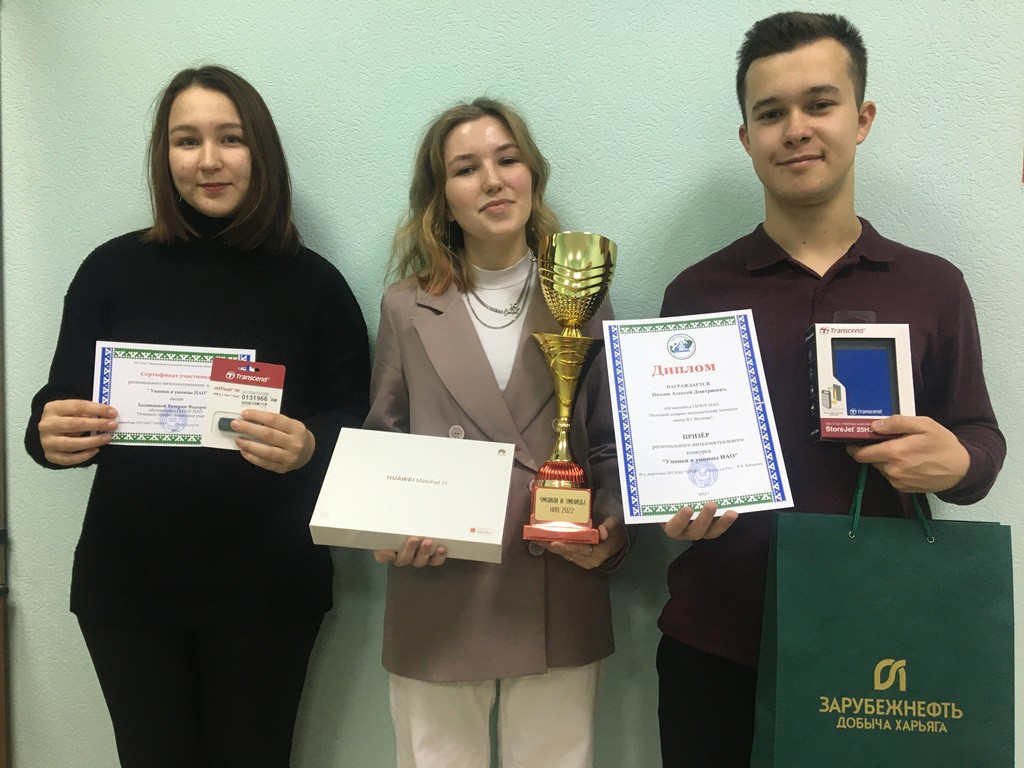 11 schoolchildren and students of the Nenets Autonomous Okrug took part in the competition. There were participants from Khorei-Vera, Shoyna, Krasny and Iskateley.

The meeting took place on the Zoom platform, where the guys had to answer questions about the oil and gas industry, history, culture, flora and fauna of the district.

Questions were asked to the contestants in the format of an intellectual game.

Before the game, a lottery was held for the participants. Each participant was given one of the three colored lanes. On red, you can’t make a single mistake, on yellow there is a chance to make a mistake once, green allows two misses.

— There was also a test of eloquence. This year, the finalists were asked how they would spend the City Day holiday. Each was given 30 seconds for a clear and coherent answer, — explained the curator of the event Anna Shishalova.

According to the results of all tests, Polina Golovina, a student of secondary school No. 4, became the winner of the competition. She did an excellent job with all the tasks, without making a single mistake.

The second grade student of the Nenets Agrarian and Economic College Aleksey Podzin and a student of the Krasnov school Vitalina Laptander became the winners.

Adoptive parents of NAO were congratulated on International Mother’s Day