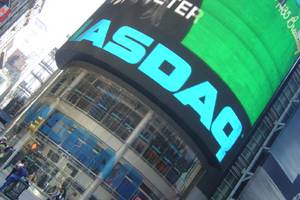 On Wednesday, the US Department of Labor announced that the consumer price index (CPI) in the country rose in April by 8.3% year on year. This is lower than it was in March (8.5%), when inflation peaked since December 1981, but not by much. Now they (if, of course, exclude March 2022) are the highest since January 1982.

This is the first slowdown in consumer prices since August 2021, but the market was expecting more. It was widely believed that inflation peaked in March and the data of the Ministry of Labor will clearly demonstrate this. Formally, it was shown, and there are even chances that this is exactly the peak, and further the numbers will be lower, but all this still looks rather unconvincing.

The fact is that according to Dow Jones and Bloomberg polls, analysts on average expected to see a value of 8.1%. This is not to mention the fact that the decline is largely due to the “base effect”: it was in April 2021 that the inflation rate in the United States rose especially sharply – to 4.2% from 2.6% in March.

At the same time, the main real reason for the slowdown in CPI growth in April was the decline in gasoline prices by 6.1% after a rise of 18.3% in March. This offset a notable increase in food prices (by 0.9%). At the same time, for example, the cost of dairy products and related products rose by 2.5% – the largest increase since July 2007.

But if in March a historical record for gasoline prices was set in the USA, which rose to $4.17 per gallon, and in April they fell to the region of $4, then in May a rapid rise in price began again. Gasoline averaged $4,404 a gallon on Wednesday. All this means that the slowdown in consumer price growth in April to 0.3% per month will be temporary. Excluding food and energy components, the consumer price index has already risen 0.6% this month after rising 0.3% in March.


“While it is possible that the peak of the consumer price index has passed, the road to acceptable levels still looks very far away – in terms of both time and potential tightening of monetary policy,” Marketfield CEO told Bloomberg Asset Management Michael Shaul.

Indeed, on an annualized basis, inflation is likely to continue to decline for some time due to the fact that last year’s rapid growth is excluded from the calculations. However, they will in any case remain at the highest level in four decades. For the stock market, all this in total means an increase in the risks of more abrupt actions by the Fed and, accordingly, a recession.

“As service prices continue to rise, it will likely become increasingly difficult for the Fed to deny that an inflationary spiral of rising wages and prices is taking place, and admitting this would be another hawkish risk,” Citigroup economist Veronica Clarke told Reuters.

Not surprisingly, the stock market reacted to all this with a fall. Sell-offs were primarily in growth and technology stocks, which are particularly sensitive to monetary tightening. The Nasdaq Composite has fallen more than 2.5% at the moment, rewriting the lowest level since November 2020.


“Risk assets are under pressure on the assumption that all of this will force the Fed to increase its rate hike from the 50 basis points already announced at its meetings in June and July,” Ian Lingen, head of BMO US rates, told CNBC.

By Wednesday evening, the technology index was down 2.2%. The S&P 500 and Dow Jones Industrial Average, less heavily loaded with currently selling stocks, lost 0.6% and 0.2%, respectively.

What is the weather like in Taganrog next week?