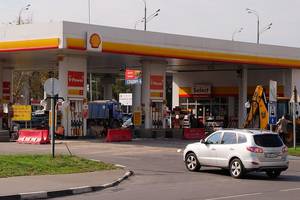 The oil company Lukoil has signed an agreement with subsidiaries of Shell plc to acquire a 100% stake in LLC Shell Neft, which is engaged in the retail sale of petroleum products and the production of lubricants in Russia.

This was reported by the press service of the company.

It is noted that the assets of Shell Oil include 411 gas stations, which are located mainly in the Central and North-Western federal districts of Russia, as well as a lubricants production plant in Torzhok (Tver region). The transaction will be completed after receiving the approval of the Federal Antimonopoly Service (FAS), specified in a press release.

It is emphasized that the acquisition of Shell’s business in Russia is “fully in line with the company’s strategy” to develop priority distribution channels, which include a retail network, as well as to develop the lubricants business.

According to Huibert Vigeveno, Shell’s downstream segment director, the well-being of our employees is a key priority for the company. “As part of this deal, more than 350 employees of Shell Oil LLC will maintain labor relations with the new owner,” he stressed.

The amount of the transaction is not disclosed.

In early March, Shell announced plans to phase out Russian hydrocarbons. The sale of the Russian business is expected to be completed later this year, subject to regulatory approval, Interfax writes.

Shell Oil LLC is owned by Shell Overseas Investments BV and BV Dordtsche Petroleum Maatschappij. The Shell Oil retail network consists of 240 Shell-owned stations and 171 dealer sites, as well as 19 stations that are not included in the deal with the Russian oil company.

Shell launched a lubricating oil plant in Torzhok in 2012. In 2021, plans were announced to increase the plant’s capacity from 200 million to 300 million liters of lubricants per year.

Formerly “Expert” informedthat Lukoil became the owner of 50% in LLC Meretoyakhaneftegaz, a subsidiary of Gazprom Neft, which retains the other 50%. In 2019, Gazprom Neft planned to create an enterprise based on Meretoyakhaneftegaz together with Shell, but in the spring of 2020, Shell announced its withdrawal from the project. The company explained the refusal to complete the deal with Gazprom Neft due to the difficult situation associated with the spread of coronavirus infection, as well as unfavorable macroeconomic factors. As a result, in September 2021, Gazprom Neft attracted Lukoil to the project.