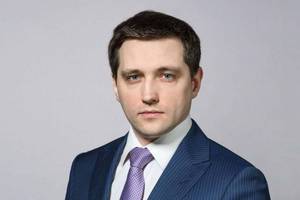 Deputy Minister of Economic Development of the Russian Federation Sergey Galkin has been appointed the new head of Rosstat, according to the government’s Telegram channel. On May 10, Pavel Malkov, head of the Federal State Statistics Service, was appointed acting governor of the Ryazan region by presidential decree in place of the resigned Nikolai Lyubimov.

“Previously, Sergey Galkin worked at the Ministry of Economic Development, where he headed the Department of Organizational Support and Communications, and since November 2018, as Deputy Minister, he has been in charge of regional policy and regional development issues,” the Cabinet of Ministers said in a statement.

According to TASS, Sergei Galkin is 38 years old. He graduated from the Financial Academy under the Government of the Russian Federation, worked as an analyst in large companies, including VTB Capital. He has been in the civil service since 2017.

Formerly “Expert” wrotethat from January 2022, Rosstat began to calculate the weekly consumer price index using the same algorithm as the monthly one, that is, using the Laspeyres formula. This should bring the result of the accumulated weekly estimates closer to the actual inflation for the month. In addition, to calculate monthly inflation, Rosstat increased the number of positions from 556 to 558, now the index includes 129 food products, 292 non-food products and 137 services.

Banks cut interest rates on ruble deposits by another 1%

Media: US refused to supply Ukraine with multiple rocket launchers