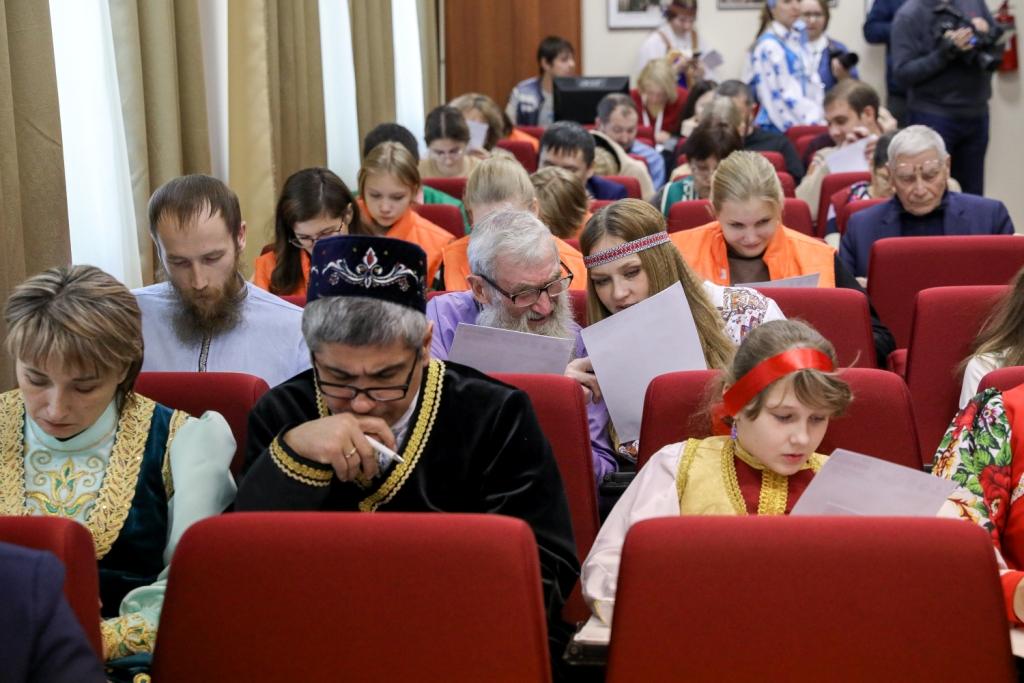 The event was held on the eve of National Unity Day. On November 3, in the Nenets Museum of Local Lore, about 70 residents took part in writing the Great Ethnographic Dictation.

On behalf of the Governor of the Nenets Autonomous Okrug, the participants of the action were greeted by Deputy Governor Yuri Khatanzeisky.

– Residents of the Nenets Autonomous Okrug actively participate in the Great Ethnographic Dictation. The popularity of the action is growing every year. In 2016, more than 90 thousand people took part in it. Last year, about 2.5 million Russians participated, said the deputy governor. – Our country is multinational. The culture, language and traditions of any nation is a huge wealth. Our task is to preserve and increase this heritage, as well as pass it on to our descendants. 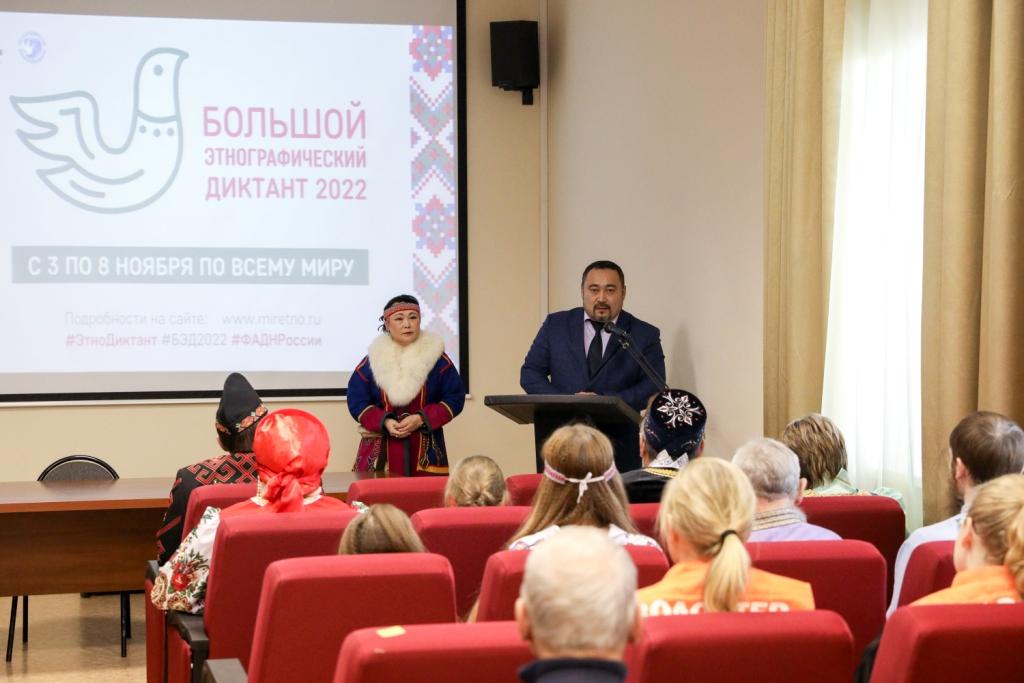 In the lecture hall of the museum, costumes of different peoples living on the territory of the Nenets Autonomous Okrug were full of costumes. Bright ornaments on women’s skirts and men’s shirts formed the map of Russia.

– Today I came in my national costume, it is called shupar. He himself came to the district from Chuvashia a long time ago. At one time he actively studied the culture of various peoples. The questions were simple and interesting for me, but there were also those that I spent a little more time on. I am participating in the dictation for the third time, – says participant Vitaly Mikhailov. 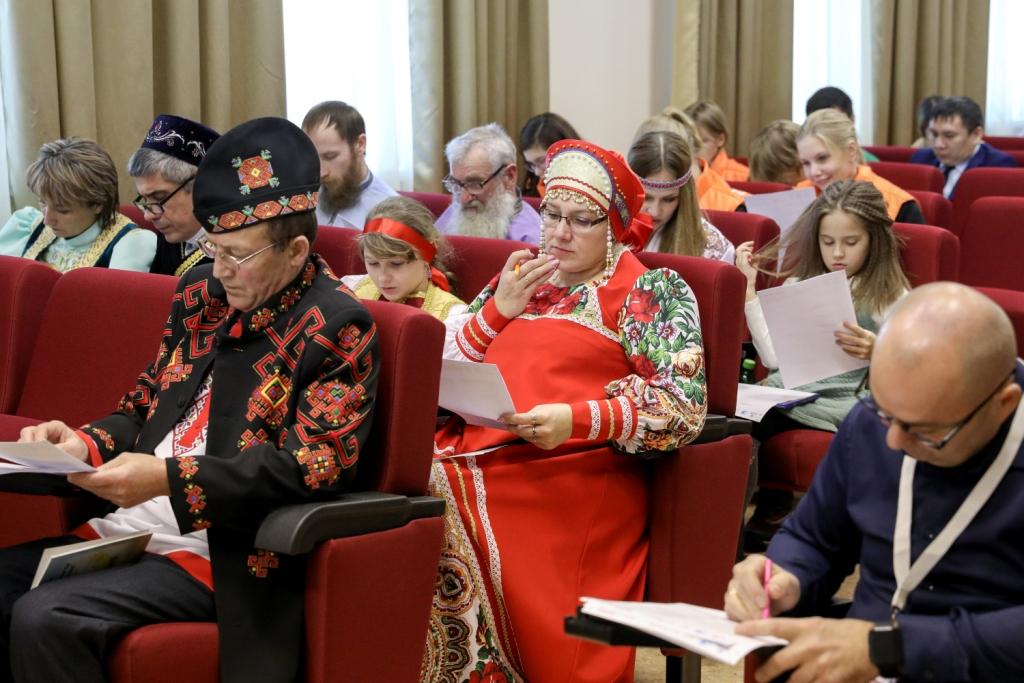 Everyone could participate in the action, regardless of age. Tasks for participants under 16 years of age consist of 20 federal questions. For participants over 16 years old out of 30 questions: 20 common for everyone and 10 unique for each subject of Russia.

– I participate in the action for the first time. I wanted to write a dictation and test my strength. The questions seemed simple to me, so I think I answered everything correctly. Next year I also plan to participate, – says Ksenia Bodrova, a volunteer of the #MYVMESTE movement.

It should be noted that the purpose of the International Educational Action is to draw people’s attention to the history, culture and traditions of the peoples inhabiting the country.

– The Nenets Museum of Local Lore always takes part. The action, first of all, has an educational mission. The event is held so that everyone knows and understands the diversity of cultural inflorescences of the peoples of the Russian Federation. There are almost 200 nationalities in Russia, and 75 peoples live in our region. We all live in peace and harmony, – explained the head of the department of ethnography and regional art history of the Nenets Museum of Local Lore Larisa Latysheva.

Recall that millions of residents of Russia and foreign countries, regardless of age, education, religion and citizenship, annually become participants in the “Great Ethnographic Dictation” action. Last year, the event was supported by more than 1,800 residents of the NAO. 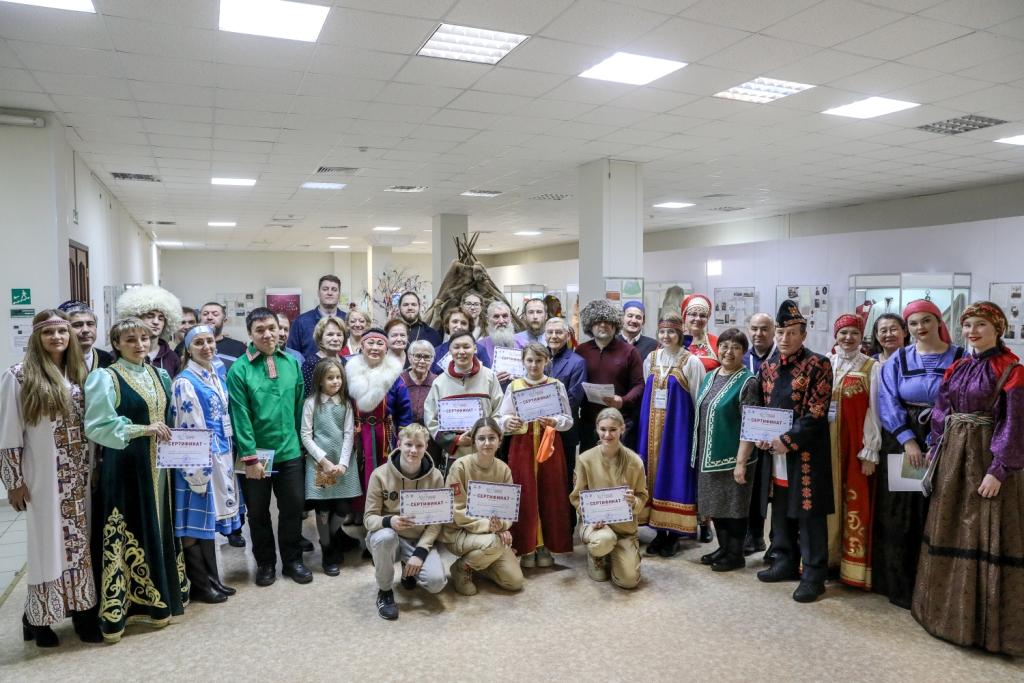 – Last year, our district had a record number of participants, the event was held online. This year we are working in two modes. Both adults and children participate. We hope to beat last year’s record, – summed up the head of the Department of Internal Policy of the Nenets Autonomous Okrug Lina Gushchina.

The international educational campaign is being held for the seventh time and will last until November 8. Its organizer is the Federal Agency for Nationalities Affairs. You can check your knowledge online on the official website (www.miretno.ru).

Bloomberg: The United States and its partners have agreed on a ceiling price for Russian oil

The Russian Chess Federation said that grandmaster Karpov is on the mend, but not yet discharged

In Naryan-Mar looking for witnesses of the theft of weights