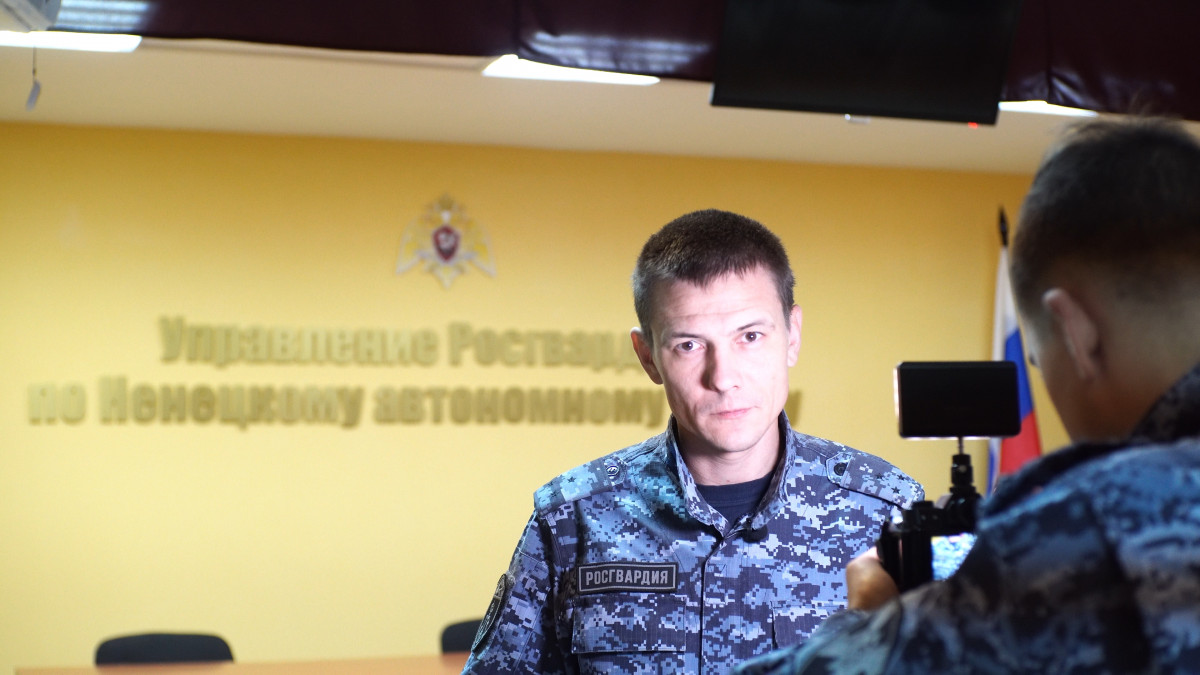 Photo: press service of the National Guard for the NAO

The Department of the National Guard for the Nenets Autonomous Okrug took over the departmental flash mob “Reading Sarayev” in honor of the 80th anniversary of the Victory in the Battle of Stalingrad. The first excerpt from the chapter “Sentries at the Walls of Stalingrad” was read by Senior Police Lieutenant Alexander Ogurtsov, an employee of the regional department of the non-departmental security of the National Guard troops. According to the officer, the patriotic action became a relevant and correct response to numerous facts of falsification of the history of the Great Patriotic War of 1941-1945 and the NKVD troops.

– Unfortunately, Western, and, to be honest, domestic cinema has created a very inconsistent image of the NKVD soldiers. Increasingly, you can see completely inhuman characters on the screen. And sometimes even entire barrage detachments of them, mercilessly shooting their own soldiers in the back. This image has nothing to do with real Chekists, – said Alexander Ogurtsov, an employee of the Russian Guard, in his speech.

In reality, the NKVD soldiers fought shoulder to shoulder on the front line of the Great Patriotic War, along with other defenders of our Motherland, they died, were injured, pulled the wounded out from under fire, sacrificed themselves to save civilians. The valor of the Chekists is written in blood on the pages of the history of the front-line years.

That is why their memory will live forever in our hearts. It is about such heroes and their unimaginable exploits and stories that the book “Stood to Death” tells, which after the Great Victory was written by the legendary commander of the tenth Order of Lenin rifle division of the NKVD troops, Major General Alexander Andreevich Saraev, – added senior police lieutenant Alexander Ogurtsov.

The military personnel and employees of the Directorate of the Russian Guard in the Nenets Autonomous Okrug are planning to prepare a series of similar videos and an audio version of Alexander Saraev’s book “We fought to the death”.

The deputy from Blagoveshchensk died at the wheel of his car