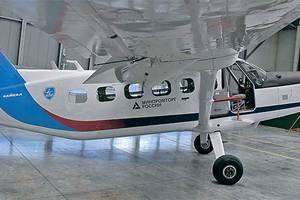 On May 26, the Presidium of the Government Commission for Regional Development in the Russian Federation, headed by Deputy Prime Minister Marat Khusnullin, considered and approved the application submitted by Kuyvashev for the provision of concessional financing for the development of the infrastructure of the Ural Civil Aviation Plant. An infrastructure budget loan in the amount of one billion rubles will be allocated for the construction of a new production complex of the airline.

“The plant is a resident of the Titanium Valley Special Economic Zone and since 2018 has been localizing high-tech production of small aircraft. The first phase of the project has been successfully completed. The second stage involves the start of serial production of aviation equipment of our own design, ”says Evgeny Kuyvashev.

We are talking about the aircraft “Baikal” and “Ladoga”. To do this, it is necessary to create a new production complex. Construction is scheduled to be completed in 2024. As a result, 1200 jobs will be created. In May, JSC UZGA won the tender of the Ministry of Industry and Trade of the Russian Federation to select a contractor to prepare for the launch of the Baikal light multi-purpose aircraft for 3.5 billion rubles, which will have to replace the obsolete An-2.

“The nine-seater aircraft is designed to carry passengers and cargo on local routes. It is capable of performing a full range of aviation work in the national economy – forest patrolling, security, monitoring, air ambulance, flights to places not equipped with artificial runways. The aircraft has the ability to land on the ground, it will be equipped with ski and float landing gear,” said Evgeniy Sergeev, Deputy General Director of UZGA JSC – Director of the Aircraft Division.

Now the enterprise is forming a production program for a phased output of 20 Baikal aircraft per year with the possibility of further increasing production.

RT: footage of Zelensky visiting wounded soldiers of the Armed Forces of Ukraine turned out to be fake

Application for pumping Russian gas through Ukraine decreased by 3%