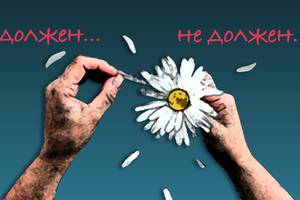 The decision to extend the six-month moratorium on bankruptcies and foreclosures will be made by the Russian Government based on the situation that will develop by the end of summer, said Ilya Torosov, First Deputy Head of the Ministry of Economic Development of the Russian Federation.

Although now there are no special reasons for the extension, a lively discussion on this topic continues in the business and expert communities.

“The situation is the same as with the weather”

Currently, Russia has a six-month moratorium on bankruptcies at the request of creditors and debt collection. It applies to citizens, individual entrepreneurs and legal entities, with the exception of developers whose facilities are included in the register of problematic ones. For this period, creditors are not entitled to initiate insolvency cases of the mentioned persons, and collections on writ of execution of debts that arose before its commencement are also suspended.

“The decision on the extension will be made at the government site. So far, we believe that this is enough – six months. But the issue will be decided based on how we go through the summer, because we have a lag in terms of the supply chain of equipment, materials, and goods. And when the business, let’s say, got a problem in March, then in April and May people were still living on old supplies, ”Interfax quotes Ilya Torosov.

Ilya Torosov noted that the government is considering the issue of waiving the suspension of enforcement proceedings for penalties that arose before the introduction of the moratorium. This was previously insisted by the Federal Tax Service and a number of banks. At the same time, the official added, the possibility is also being studied to allow the collection of tax debts, for housing and communal services, alimony, payments for causing harm to life and health, and wages from persons subject to the moratorium.


The moratorium needs to be extended, Gadzhimurad Magomedrasulov, a strategic consultant for small businesses and CEO of the consulting agency GM Consult, told Expert. According to him, at the very beginning of the special operation in Ukraine, a large number of small entrepreneurs who were purchased abroad at a high rate suffered, and not all of them managed to return to their previous indicators, and some of the entrepreneurs went bankrupt.

Yesterday, Mikhail Mishustin announced the super-profits of the Russian budget in the amount of 8 trillion rubles for the first quarter of 2022, which will allow the government to fulfill its obligations to the social sphere on time. Why not give entrepreneurs more time to recover on this wave, the expert believes. Retail trade, for example, is going through hard times now, the peak of revenue is expected in the autumn-winter.

Spring has shown how much we depend on imports, said Gadzhimurad Magomedrasulov. Vital medicines instantly disappeared from the shelves of pharmacies. Restaurants are facing a shortage of ingredients for ice cream. The extension of the moratorium will allow the supply chain to resume over the summer, and over the autumn-winter will give the market economy an opportunity to recover. Recovery processes take more than six months. “Now the situation is the same as with the weather: it’s 25 outside, it feels like 30. It’s the same with prices. The exchange rate is 60, it feels like 250,” the expert noted.

Not to extend the moratorium is an absolutely logical decision, Polina Gusyatnikova, Senior Managing Partner at PG Partners, objected to the previous expert. “The bankruptcy moratorium was introduced as a temporary support measure, and it cannot last forever. We must move on, and the system must work. At the moment, the measures being taken by the government and the Central Bank indicate that the situation is better than originally thought. Six months is enough for those who can recover to recover, and the rest will still have to go bankrupt a little later or a little earlier. There is no point in delaying this process,” she stated.

Since the situation regarding the consequences for the economy is already becoming clearer, some mechanisms have begun to be actively rebuilt, the lawyer drew the attention of Expert. Including supply chains are being established, the government is considering the option of allowing early collection of key payments from persons subject to the moratorium: debts on taxes, alimony, housing and communal services and others, as well as on collections that arose before the moratorium.

This is more good than bad, Polina Gusyatnikova emphasized. Now all payments on writ of execution have been suspended, even those decisions on which were made shortly before the moratorium was introduced, but the bank did not have time to execute them. Perhaps this fall we will again have a series of changes aimed at easing restrictive measures. Of course, now it is impossible to say exactly how it will be, but many key positions are being prepared to be reviewed in September this year.

The total moratorium on bankruptcy, introduced since April 1 by a decree of the Government of the Russian Federation, is approaching the equator, Alexander Steshentsev, partner of the Arbitrazh.ru law firm, confirmed in an interview with an Expert correspondent. In his opinion, it is certainly too early to sum up the results at this stage, but it can already be said for sure that the moratorium, together with other economic and legal instruments applied by the authorities, has fulfilled its function – it has helped the economy survive in such a difficult period.

Yes, there are problems caused, first of all, by the inconsistent approach of state and judicial authorities to the interpretation and application of Art. 9.1. Bankruptcy Law, which negatively affects the economic effect of the moratorium, given that it is seen in society as a measure of support in a crisis period, the lawyer said. However, giving relief to absolutely everyone at the initial stage was the only right decision, which was clearly shown by the statistics of publications of refusals from the moratorium, which became more and more every month.

To date, according to the Fedresurs website, 15.5 thousand legal entities and 350 individuals have already refused to take advantage of the moratorium, which allows us to look to the future with a restrained degree of optimism, when the government will decide to extend it, Alexander Steshentsev believes.

The authorities will not maintain a total moratorium, but they may well leave it as a support measure for organizations and entrepreneurs from a number of specific industries, as was the case, for example, during the pandemic in 2020. The last three months of the moratorium will make it possible to identify the very sectors that will be the most affected and, accordingly, in need of such support, the expert concluded.

News of the day: Growth points of the new economy – Expert.RU

News: The thorny path to the Middle East – Expert

For 13.5 million, they are selling a 19th-century building in Taganrog, where there used to be a polyclinic for water workers