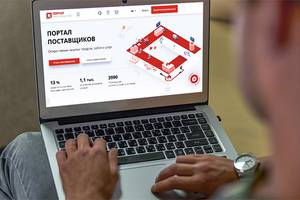 The Moscow authorities will significantly increase the maximum amount of government contracts for the purchase of goods and services from small businesses, which are concluded on the city supplier portal. From August 1, the limit for the purchase of goods will be raised from 600 thousand to 5 million rubles, for work and services – from 600 thousand to 3 million rubles, thus it will increase by 5-8 times. The resolution on this was signed on June 24 by the mayor of the capital Sergei Sobyanin.

According to the city government, this will allow small and medium-sized businesses to take more part in the implementation of state orders, as well as increase the efficiency of procurement for state needs.

Contracts are raffled off and signed on the Moscow supplier portal, which now has more than 300,000 registered users, including 50,000 customers (more than half of them are from Moscow). The resource was launched in 2013 to automate the process and increase the transparency of small volume purchases. According to the results of January-May of this year, 234 thousand contracts were concluded with its help for a total amount of 36.3 billion rubles.

“Recently, a new service was launched on the Supplier Portal — a platform for commodity cooperation, which will help manufacturers from Russia and friendly countries sell their products in digital format, and consumers can buy them. In addition, the resource will help suppliers find the necessary raw materials and new partners,” said the Deputy Mayor of Moscow for Economic Policy and Property and Land Relations. Vladimir Efimov.

According to the Vice-President of the Moscow Chamber of Commerce and Industry Suren Vardanyan, The Moscow Supplier Portal is one of the best tools for involving small and medium-sized businesses in working with government orders. “Expanding the purchase limits in various areas really makes it possible to attract small and medium-sized businesses to more active participation in the auction, to expand their opportunities, including for receiving a profitable part and participating in serious projects,” Suren Vardanyan said. At the same time, the task of stabilizing the socio-economic situation is being solved for the city: more and more people are involved in work, have jobs and wages. “At the same time, the inflationary factor is also taken into account, since an increase in prices can return players who have left the auction,” concluded the vice president of the MCCI.

In fact, this decision increases the capabilities of suppliers of goods and services several times, said the president of the SRO “Regional Association of Appraisers” Kirill Kulakov. “Currently, the municipal order is an important source of financing, especially for small and medium-sized businesses. It should be noted that the decision of the Moscow government not only adjusts the volume limit for the level of inflation, but makes it possible for a larger number of small businesses to participate in the auction and increases the economic effect for them from the implementation of government contracts,” he added.

Economists from TsMASF and the Russian Academy of Sciences have proposed creating a new payment unit for settlements in Russia. News of the day in the world and Russia today

North Korea has found its own way to fight COVID-19