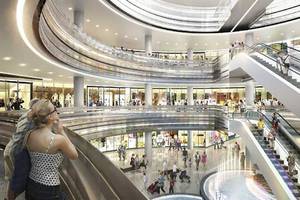 Two shopping centers, an office and business building and a multifunctional center will be built as part of four investment projects to create work places in Moscow. Thanks to this, about 3.5 thousand jobs will be created. In total, more than 7 billion rubles will be invested in the projects. The corresponding order was signed by the mayor of Moscow Sergei Sobyanin.

Investors will build two shopping centers on Elevatornaya Street and Ochakovskoye Highway, a multifunctional center in the village of Ostafyevo, and an office and business building in Rublevo-Arkhangelskoye near the village of Zakharkovo. The total area of ​​the facilities will be about 55 thousand square meters. meters.

“The capital’s program for creating work places is designed to stimulate the comprehensive development of new areas. Investors receive benefits in the form of reduced payments to the city budget for changing the type of permitted use of land in the implementation of their projects. This year, in order to attract more developers, we have expanded the program, now you can get a benefit in the construction of logistics complexes. Also, if the construction time is shortened, the amount of the benefit can be increased by 5–10%,” commented the Vice Mayor of Moscow for Economic Policy and Property and Land Relations Vladimir Efimov.

Independent Economist Andrey Barkhota believes that the assignment of the status of an investment project is “a subtle targeted tool to stimulate the construction of new enterprises for production, trade and services in Moscow.”

“Using the growth of jobs in the capital as a key criterion is a key success factor, since it is new jobs that form the expansion of the pool of income and demand of Muscovites. It is impossible not to note the thoughtfulness of the tools used in Moscow to support the places of application of labor. Thus, the effectiveness of incentives when using this measure reaches its climax at the initial stages of development of an investment project, without violating, but strengthening the infrastructure market mechanisms,” Barkhota added.

According to the Chairman of the Council of the Chamber of Commerce and Industry (CCI RF) on financial, industrial and investment policy Vladimir Gamzathat the projects will reduce daytime migration within the city.

“We have built a lot of sleeping areas in which there were no places for work. As a result, the level of labor migration within the city increased during the working day. People in residential areas often travel across Moscow to and from work. Therefore, the construction of jobs in sleeping areas and in nearby areas will significantly reduce this migration. Moreover, it significantly reduces the city’s costs for the construction and maintenance of transport and logistics facilities. Thus, this initiative is an attractive offer for investors,” Gamza said.

The program to stimulate the creation of work places has been approved since 2019. At the moment, projects with a total investment of 92 billion rubles have been approved. They will create more than 33 thousand jobs.

News: The dollar left the yen no chance – Expert