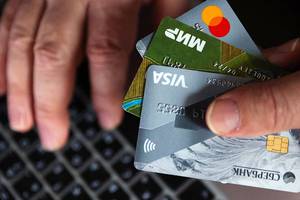 Sberbank bonus points for non-cash payments for socially significant goods and services will be awarded in a smaller amount. From June 1, Sberbank will charge 0.3% instead of 0.5% for paying for purchases in supermarkets, at the AEZ, for the purchase of goods for health, for children, sports and a number of other categories. The bank plans that the measure will become temporary and last until the end of summer, the press service of the financial organization explained.

The decision to reduce the accrued bonuses was made due to the fact that the Central Bank of the Russian Federation limited the amount of commission for stores for accepting cards. The regulator did this to support businesses in the face of sanctions pressure.

Now the maximum amount of the acquiring commission at the request of the Central Bank can be 1%. The size of the interchange, thanks to which banks pay out cashback, decreased to 0.7%. Prior to this, the rates for acquiring were at the level of 1.2–2.2%. Due to the reduction in acquiring commissions, bonuses for customers will also be reduced. The changes will be in effect from June 1 to August 31, 2022.

Cashback will not be reduced for all categories, but only for Transport, Baby Products, Perfumes, Electronics, Cinema, Leisure and Entertainment, Education, Health, Sports and Fitness , “Supermarkets”, “Gas Stations”, “Clothes and Shoes” and “Home Goods”. The amount of non-cash spending per month on gold cards of Sberbank, required for accruing increased points, will also increase from 15,000 to 25,000 rubles. Purchases in the Sber ecosystem will not be affected. The bank hopes that after August it will be possible to return to the previous conditions for accruing bonuses if the Central Bank lifts the restrictions.

Previously, cashback for card payments was reduced by a number of large banks, including Tinkoff, Rosbank, Russian Standard and Gazprombank. Also, from May 16, Raiffeisenbank will reduce the amount of cashback. Previously, the Central Bank has already reduced the commission for acquiring to 1% for purchases on the Internet in order to support businesses in a pandemic.

“There is no such harbor in all of Europe” – ExpertRU