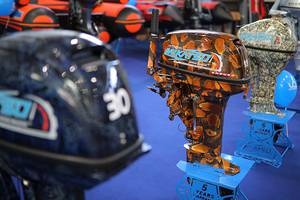 Even in the face of open hostility of a number of foreign countries towards Russia, more than 14,000 people from 130 countries of the world arrived at SPIEF this year, and 81 countries sent their official representatives. The figures confirm that the attempt to take a political course to terminate business relations with Russia and to isolate ourselves from our country with an “iron curtain” has not been successful. Most countries understand the rationality of economic cooperation with Russia, and therefore seek to seek ways to establish business contacts.

According to the President of the Russian Federation Vladimir Putin, the main thing for Russia and partner countries is to be independent, independent and sovereign in order to provide the ground for the favorable economic development of their powers. He also recalled that after the introduction of the sanctions policy, he repeatedly appealed to the business elites of our country, offering to invest in the development of the Russian economy.

Within the framework of SPIEF, Russian business circles made a special bet on the development of relations with the Asia-Pacific region. Today it is of great and ever-increasing importance for our country. And the agreements concluded within the framework of the forum will become a powerful impetus for the development of the tourism industry in Russia and will entail an increase in investment in this industry.

So Vladimir Putin expressed his interest in implementing programs for the economic (including tourism) upsurge of Siberia and the Far East. The President identified Lake Baikal, located in Eastern Siberia, as the central “Mecca” and the visiting card of the country’s domestic tourism.

Representatives of the Asia-Pacific countries also express their interest in this. So Russia continues to strengthen relations with suppliers of goods from China and South Korea. For example, as part of the Korean delegation, which included the largest manufacturers and exporters of the automotive industry, electronics and other areas, there were representatives brand Mikatsu (Mikatsu) from South Korea, including the CEO of the company hyun ki chung.

According to him, Mikatsu, like other major representatives of the powerboat market from South Korea and China, is not going to lose the huge Russian market they have mastered. On the contrary, Mikatsu plans to look for the most profitable ways of interacting with partner companies in the situation of the new geo-economy and aims to become a competitive replacement for suppliers who left Russia.

Also, the CEO of the Mikatsu concern noted that he had already signed an agreement on the participation of the brand in the development of domestic ecotourism in Russia.

Thus, despite the break in relations with the West, Russia in various areas finds a replacement among partners from the Asia-Pacific countries. Connoisseurs of such a pastime will definitely not be left without equipment for outdoor activities. The largest manufacturers from South Korea and China have sufficient production capacities and a well-tuned logistics system, which allows them to fully fill the Russian market with modern high-quality goods.

Shares of the day: Rusagro’s papers are growing on financial statements – ExpertRU

News of the day: A company from Moscow equipped premium-class cars for trips to Crimea – Expert.RU