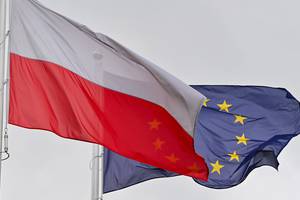 The European Commission (EC) approved on the first day of summer a plan to allocate 35.4 billion euros to Poland from the Covid Recovery Fund. Warsaw will receive money in the form of grants and loans very late. It was caused by a six-year war between Brussels and Warsaw over judicial reform, envisioned by the conservative government of Poland. The EC harshly criticizes the reform of the judiciary, which, according to European officials, does not comply with the principles of democracy and violates the independence of the judiciary from the executive. EC President Ursula von der Leyen is due to sign an agreement in Warsaw with Morawiecki’s government on June 2, despite the fact that many believe that the changes that the Polish authorities have made to the reform of the judiciary are cosmetic in nature, i.e. do not change anything in essence and serve only to divert eyes. In addition, the problematic relationship between Brussels and Warsaw is not limited to one judicial reform, the European Commission has other questions for Poland.

Von der Leyen said in a statement that money from the Recovery Fund will help Poland decarbonize the economy, strengthen energy independence and improve the country’s investment climate.

In October 2021, the head of the EC named three conditions after which Warsaw will be able to receive billions from the Recovery Fund. Brussels demanded from the Polish authorities the dissolution of the disciplinary chamber established under the Supreme Court, changes in the disciplinary system and the reinstatement of judges dismissed during the reform.

Warsaw hopes for the adoption of the law approved by the Sejm last week. It refers to the abolition of the disciplinary chamber, but the opposition considers the closure of the chamber insufficient. 11 groups and organizations that are in opposition to the current government wrote an open letter to von der Leyen, in which they call the measures contained in the law “cosmetic” and do not meet the requirements of the EC. The letter notes that there are no guarantees for the reinstatement of judges illegally dismissed by the disciplinary chamber.

There is no unity in the European Commission even on the issue of Poland’s compliance with the democratic principles of a united Europe. At least two EU vice-presidents: Frans Timmerman and Margrethe Vestager refused to vote for the unblocking of Polish money. Another vice-president of the European Commission, Vera Yurova, who is in charge of legal issues, does not hide the fact that she has serious doubts about the sincerity of the Poles. However, she was not present at the meeting of the EC leadership on June 1, which decided to issue money to Poland.


Many political scientists believe that geopolitics influenced von der Leyen’s decision. The head of the European Commission is one of the main opponents of Russia in Brussels and is leading the sanctions war against it. Poland is among the most active participants in this war. In addition, the President of the European Commission believes that Poland needs this money to support the 3.6 million refugees from Ukraine who are now in this country.
The final decision as to whether Warsaw’s actions can be considered the fulfillment of von der Leyen’s three conditions will be made in late July or early August.

Critics are already accusing the EC of concessions that no one, not even the Poles, asked for. Brussels is ready to transfer billions after Warsaw promises to reinstate the dismissed judges, and does not even wait for them to return to work.

Taganrog gymnasts successfully performed in the city of brides

JP: Israel will change its position on Ukraine after Lavrov’s statement. News of the day in the world and Russia today