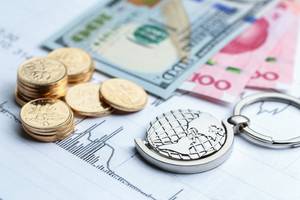 From June 17, Russians are allowed to credit funds from the sale and redemption of foreign securities to their foreign accounts without restrictions. The corresponding decision was made by a subcommittee of the government commission for the control of foreign investment, according to the website of the Ministry of Finance. The same subcommittee allowed Russians to credit their foreign accounts with the currency received from non-residents after the sale of real estate outside the Russian Federation.

“To allow resident individuals to credit their accounts opened with foreign banks and other financial market organizations with funds in foreign currency received from non-residents in transactions with securities. And also to credit funds to their foreign accounts received from the redemption of securities held by a foreign depository, foreign bank or other foreign financial market organization. Such a permit is valid without a time limit from June 17, 2022,” the subcommittee said in its decision.

According to an extract from the minutes, at the same meeting of the subcommittee, it was decided to provide resident individuals with the opportunity to transfer to their accounts (deposits) opened with foreign banks and other financial market organizations “money in foreign currency received from non-residents under transactions (operations) entailing the emergence of ownership of real estate (including real estate under construction) located outside the territory of the Russian Federation.

News: Deficit, hurricanes and demand will play for oil – Expert

News of the day: Vice Mayor Yefimov: in Moscow, the volume of preferential mortgages increased by a third in April – Expert.RU