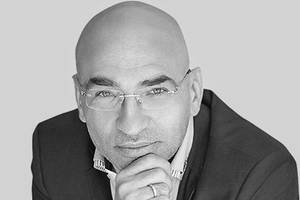 The list includes 31 companies. According to the text of the decree, state authorities, organizations and individuals under the jurisdiction of Russia are prohibited from any financial transactions with legal entities and individuals included in the list, including companies controlled by them. The export of Russian products and raw materials to them also fell under the ban.

Retaliatory measures were taken against the Polish operator of the Yamal-Europe pipeline, EuRoPol Gaz (gas supplies were stopped), against the Wingaz/WIEH/WIEE trading group of companies (supplies of Russian gas to Hungary, Bulgaria, Germany, England, Benelux), against Astora GmbH (underground gas storage facilities in Germany). Trade enterprises taken out of the control of Gazprom in Austria, the Czech Republic, France, Singapore, Romania, Italy and the United States also came under attack.

In the West, the old motif about Russia’s use of hydrocarbons as a weapon has been re-launched. Yes it is. Hydrocarbons are a weapon. Just like finance and technology are weapons. In a war, everything that brings benefits to one side, and damage to the other, becomes a weapon. And no one in the West hides the fact that a war is being waged today against Russia. And it was not Moscow that started this war.

Three years ago (at the end of April 2019), the RAND Corporation published the report Overextending and Unbalancing Russia: Assessing the Impact of Cost-Imposing Options. The report was based on the concept of long-term strategic competition (developed in 1972 with the participation of RAND), which brought the US success in the Cold War.


The essence of the concept was the rejection of competition with the USSR in all positions and the concentration on industries where the United States already has an advantage. The goal is to drive Moscow into a clearly losing field, forcing it to redirect resources to areas that pose the least threat to America and require the greatest cost from the Soviet Union (“Catch up and overtake!”).

As the next report of the RAND Corporation showed, for 50 years the US approaches to the conduct of a competitive war have not changed. The basis is domestic political destabilization with the help of economic, geopolitical, ideological, military and information tools.

The authors of the report consider the military sphere to be Russia’s strong side, and the impact on it is less productive. The subtraction method shows that economics, geopolitics, ideology and information are recognized as the main areas of pressure on Russia. Further on the points and implementation measures that do not allow talking about the speculativeness of RAND analysts.


Limiting the development of Russia through the introduction of deep trade and financial sanctions, the growth of energy production outside of Russia, forcing the EU to switch to LNG imports. (All measures are already being implemented). Encouraging the outflow of skilled labor and well-educated youth from Russia.

Expansion of US ties with the countries of the Caucasus, increased support for the Syrian rebels, the destabilization of Central Asia and the liberalization of Belarus. With weak results in these areas, the concentration of efforts on providing weapons to Ukraine. Arms deliveries and advisory services should add to Russia’s costs, but not provoke direct conflict, which will provide Russia with obvious advantages. (Literally by notes).


Decrease in public confidence in the electoral system, the formation of a perception of the corruption of the state, the encouragement of street protests and activities to undermine the image of Russia abroad in the form of a boycott and suspension from major international sports competitions. (The topic of cultural boycott has also been added).

Increasing investment in missile defense systems is a financially unjustified strategy. Russia’s retaliatory measures are much less costly than for the United States. The conflict in the Black Sea is fraught with political and logistical losses incomparable with the losses of Russia. The build-up of NATO ground forces in Europe will have a limited impact on Russia.

The most preferable is the withdrawal from the agreements on nuclear arms control, the additional deployment of tactical nuclear weapons and the redeployment of aviation to the borders of Russia. (The Last Frontier).


A simple enumeration shows that the pressure on Russia is not situational (reflex) in nature. There is a systemic (calculated in the long term) anti-Russian campaign – a full-scale war on the economic, ideological and information front.

The process is spread over different corners of human existence. The problem of understanding what is happening is that the world is faced with a qualitatively different, historically unparalleled phase of development. The conflict is developing between the participants in the global production chain, and we perceive it in the usual “national” metric, as a confrontation between economically self-sufficient systems.

Segments of a “single organism” are in conflict, disintegrating right before our eyes. There is a testing of national segments of the general mechanism for survival (reconstruction of a self-sufficient production circuit). It seemed that over the past 30 years, the financial market has managed, if not to destroy, then to seriously blur the state borders, in which production cycles were previously closed. The crisis of 2008 showed that it was not possible.

The unity of the world economy has developed in the financial sector, and the general contractual regime has not appeared. National economies cooperated through debt and credit, exchange of claims (shares). The investment mechanism was brought into the supranational space, while production and raw materials retained the national management regime.


The crisis has shown that the allegedly common investment mechanism has a pronounced national character, is regulated politically, and equal access to credit resources is nothing more than a myth. The conflict has gone beyond the narrow economic interpretation of globalization, which affects the value foundations of society and requires a change in national legal regimes.

It turned out that it was impossible to build a common economy on the principles of common benefit, while maintaining political differences in the field of security, social policy and relations with third countries. One bone can’t feed a flock of hungry dogs.

In a completely autonomous mode today, not a single national economy is viable. The participants in the global conflict are building themselves up with the help of regional cooperation. Each of them uses as an argument its competitive advantage, that part of the national economy that is represented in the global production chain. Politically, this can be characterized as the creation of new “spaces of trust” for oneself (SCO, BRICS, AUCUS).

The old financial system cannot and is not obliged to support the newly emerging economic architecture. Whether the renaissance of block building means that the globalization project based on a single investment center is closed is not an easy question. The future is credited for decades to come, bills have been issued, profits have been distributed, and no choice has been left to the project operator.


The essence of the global conflict is the dilemma: will China and Russia (plus India) be able to create a new financial system in order to use their own savings and attract capital without looking back at the United States; or Washington will keep the manufacturing and resource sector of the world economy in “dollar jurisdiction”, ensuring the liquidity of the issued guarantees and obligations assumed.

The main lesson of globalization is that the social models of the US and Europe recognized as “reference” ones are not convertible on a global scale. The conflict went beyond economic contradictions. It is necessary to agree not on investments and the creation of new markets (sources of value), but on new ways of life.

The newly formed social models of Russia, China and India are ready and able to defend their identity. Economic contradictions rested not on national, but on socio-cultural boundaries. If we talk about Russia, then the sanctions against Dostoevsky and Tchaikovsky show that the “civilized world” is at war not with the political regime, but with the cultural phenomenon of Russia.

Turning Russia into a “normal Portugal”, as experience has shown, is impossible. Therefore, the goal is not to change course, but to destroy historical subjectivity. The goal is to declare Russia a dead end branch of development (to erase it from world history).

Today’s war is complex in nature, and we are trying to evaluate it on the basis of disparate pieces of the puzzle. We were gradually excluded from the space of the general norm, but all this time we slowly and sadly continued to fulfill our obligations to the rapists.

By imposing retaliatory “gas” sanctions, Russia for the first time adequately responded in the economic sphere to the global challenges that confronted it.

Application for pumping Russian gas through Ukraine decreased by 3%

Business visualization will help its development