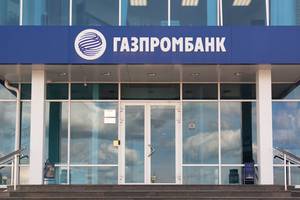 The number of European buyers of Russian gas who are ready to pay for it in rubles in accordance with the requirements of the Russian authorities has increased to 20.

According to Bloomberg, ten more companies have opened accounts with Gazprombank for this purpose, and 14 have requested the documents necessary to open such accounts. The names of enterprises are not given in the material.

European countries have been trying for several weeks to decide how they can fulfill the condition of paying for Russian gas in rubles and not fall under the EU sanctions imposed after the start of the Russian special operation in Ukraine. Under a scheme introduced by President Vladimir Putin, buyers of Russian gas must open two accounts with Gazprombank: one in foreign currency and one in rubles. Poland and Bulgaria rejected these demands, after which Gazprom stopped deliveries to both countries.

As the payment deadlines for April deliveries approach for large Western European buyers, who, by agreeing to the mechanism proposed by the Kremlin, may be afraid of violating EU restrictions, Russia has taken steps to address such concerns, the agency writes. An interlocutor close to Gazprom said that the deal is actually completed as soon as the client deposits foreign currency into the account of Gazprombank. Further conversion into rubles occurs automatically and does not require the participation of the Bank of Russia, which is subject to EU sanctions, he explained.

It is noted that Italian Prime Minister Mario Draghi on Wednesday, May 11, said that companies can pay for Russian gas in rubleswithout violating sanctions. “Most of the gas importers have already opened their ruble accounts with Gazprom,” the agency quoted the politician as saying. Draghi pointed out that the largest gas importer in Germany, which along with Italy is the largest consumer of gas from the Russian Federation, has already paid in Russian currency.

At the end of March, Russian President Vladimir Putin signed a decreeaccording to which unfriendly countries are obliged to pay for gas from Russia in rubles.

AliExpress reported problems with Russian payments. News of the day in the world and Russia today

Tram traffic will be limited in Taganrog for three days