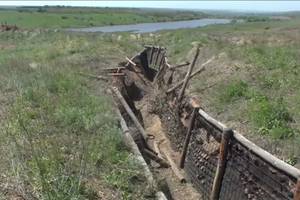 At the moment, the number of Ukrainian prisoners in the Lugansk and Donetsk People’s Republics is approximately eight thousand.

This was told by the Ambassador of the LNR in Russia, Rodion Miroshnik, reports TASS.

“There are many prisoners. Of course, there are more of them on the territory of the Donetsk People’s Republic, but we also have enough, and now the total figure is somewhere in the region of eight thousand, ”Miroshnik said on the air of Solovyov Live.

According to the ambassador, “literally hundreds” of prisoners are added every day, and the death toll is also growing – this is due to the fact that the command of the Armed Forces of Ukraine, instead of units of the regular army or nationalist formations, is transferring units of territorial defense recently recruited from the civilian population to the combat areas.

“Now there is an active offensive towards Slavyansk, Kramatorsk, there are many small fortified areas, and the figure, in my opinion, will increase, and the number of both prisoners and the dead, that is, now instead of trained units of the Armed Forces of Ukraine and the same national battalions, then there are trained military men, they throw terbats to the front line, ”said Miroshnik. He clarified that the people who are captured are not ready for hostilities – they “were given weapons in their hands and, in fact, they were promised that they would defend their gardens, stand at checkpoints somewhere thousands of two kilometers from the line of contact “, but instead, “they were loaded onto trains and brought to the Donbass,” said the LPR ambassador.

Meanwhile, the Ministry of Defense of the Russian Federation in its Telegram channel published footage showing the positions of the Armed Forces of Ukraine captured by the Russian military. “During the advancement of the advanced units of the Airborne Forces, well-fortified positions of the Armed Forces of Ukraine were opened. As a result of the artillery strike, the enemy suffered losses and, upon subsequent contact with the Airborne Forces units, abandoned their positions and retreated, ”the defense ministry said in a statement.

On February 21, Russian President Vladimir Putin announced the recognition of the sovereignty of the DPR and LPR after a sharp aggravation of the situation on the line of contact in the Donbass. In response to the request of the leadership of the two republics for help, on February 24, the head of state announced the start of a special operation, the purpose of which was proclaimed to protect the population of the DPR and LPR, as well as the denazification and demilitarization of territories.

Yavor will cost the budget of Taganrog 168 thousand rubles

Another 11 people fell ill in Taganrog with coronavirus