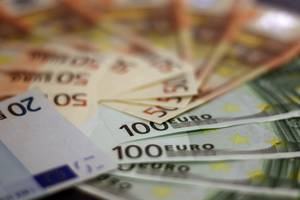 The Bank of Russia denied the information about the purchase of foreign currency from exporters through other participants in the financial market to contain the ruble from a sharp strengthening. This is reported by TASS with reference to the press service of the Central Bank. Earlier, Vedomosti sources reported that the Central Bank began to carry out “quasi-interventions” in order to avoid the growth of the national currency.

“This information is not true,” the press service of the Central Bank said.

Earlier, sources close to the government and the Central Bank told Vedomosti that the Bank of Russia began to purchase only foreign exchange earnings from exporters, since there was no demand for foreign currency comparable to export earnings on the market.

Formerly “Expert” wrotethat the Bank of Russia does not target the level of the national currency, and the task of looking for a compromise option for exporters and importers is not before the regulator, said the head of the Central Bank Elvira Nabiullina. According to her, the ruble exchange rate should remain floating, taking into account restrictions on the movement of capital.