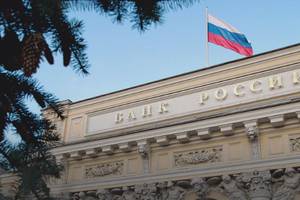 The uncertainty of the prospects for the development of the economic situation in Russia remains high. Restrictions in foreign trade and in international cooperation have formed a set of shocks that will lead to significant structural changes in the Russian economy. The process of its adjustment to new conditions will include two main phases, stabilization may not occur earlier than in two years. At the same time, additional geopolitical risks may significantly worsen economic dynamics, according to the report of the Central Bank on monetary policy.

“The first phase has already begun and may take up most of the forecast horizon (about one and a half to two years). This phase will initially be accompanied by a reduction in total output associated with the transformation of the economy,” the report says.

At this time, logistics routes, goods in production chains will change, compensatory and new technologies will develop, the range of available goods and consumer habits will change, the balance of importance and size of industries, as well as the labor market.

Restrictions on Russian exports will help keep world prices at elevated levels in 2022-2023, while they will not be fully translated into the revenue of Russian exporters, since goods from the Russian Federation will be sold at a discount, the Central Bank noted.

For model calculations of the base scenario, the regulator determined the average price of the Urals brand in 2022 at $75 per barrel, in 2023 – $65 per barrel, in 2024 – $55 per barrel. In addition, according to the basic development scenario, it is assumed that the normalization of the budget policy will begin in 2023, and from 2025 the budget rule will be in effect, modified to take into account new external conditions.

Formerly “Expert” wroteAccording to the results of 2021, the post-COVID recovery was almost completed, the Russian economy reached the pre-COVID trajectory by the middle of the year, and then grew above the trend. At the same time, growth in demand, both consumer and investment, outstripped supply opportunities throughout the year, inflationary pressure began to grow rather quickly, and the Bank of Russia switched from a loose monetary policy that stimulated economic recovery to a policy aimed at suppressing inflation and returning economy from emerging overheating to sustainable growth.

Airports in the south and center of the Russian Federation will receive compensation for another 1.5 billion rubles – ExpertRU

They will start taking pensions in a new way – ExpertRU

Energy Minister of Germany: We receive less than 10 million cubic meters of gas every day

How to stop the drop in revenue, increase it and become a top seller in your industry