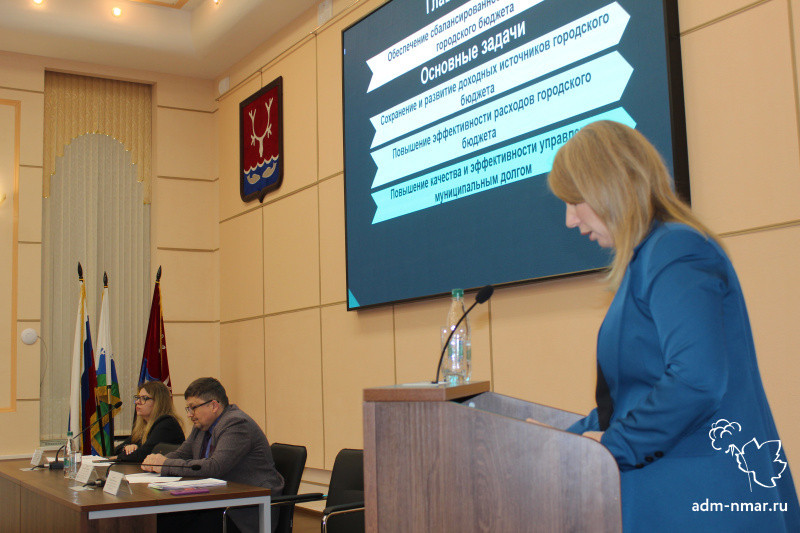 The city administration held public hearings of the draft budget of the municipality for the next three-year period. About it informs press service of the administration of Naryan-Mar.

Marina Zakharova, Head of the Finance Department of the Naryan-Mar Administration, spoke about the main parameters of the city budget:

She noted that the draft budget fully takes into account all priority socially protected expenditures, expenditures for the fulfillment of public regulatory obligations of the municipality. It also provides for co-financing with the budgets of higher levels, including within the framework of the implementation of national projects, which makes it possible to consider the budget as balanced and realistic for execution.

One of the most important areas for the city is financing:

– for road activities in order to ensure the safety of operation of public roads of local importance;

– for the modernization of water supply and sanitation systems in order to improve the quality of drinking water;

– for the improvement of the territory of the city and the demolition of housing unsuitable for habitation, which has a direct impact on the quality and standard of living of the population.

As a result of the report, the participants of the public hearing voted for the adoption of the draft decision on the budget. The budget passed through public hearings will be submitted to the city council. City deputies have to work on the consideration of the draft, in early December they will accept it.

On November 14, the municipal stage of school Olympiads starts in the Nenets Autonomous Okrug

Since the beginning of the year, about 30 units of new equipment have been delivered to the medical institutions of the Nenets Autonomous Okrug