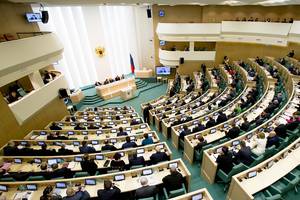 According to him, this is possible only after a change in rhetoric and the lifting of all anti-Russian sanctions imposed by the West since 2013, RIA Novosti reports.

“At the same time, the topic of Russia’s special operation in Ukraine cannot be at the center of the EU-RF negotiations. It’s none of their business from the word at all,” the senator stressed.

In addition, according to him, the EU countries should immediately and completely stop the supply of any types of weapons and ammunition to Ukraine, remove their military advisers, mercenaries, spies and saboteurs from there.

If they are not yet ready for this, it means that we have nothing to talk about with them on the merits yet. In any case, sovereign Russia should not have the same relations with the EU,” Klimov believes.

He also drew attention to the fact that after the apparent failure of the anti-Russian sanctions adventure involving Washington’s European vassals, Brussels is at greater risk than at any time in its history.
According to the most conservative estimates, losses in the countries of this association are already measured in billions of euros daily. And there are accompanying problems – such as the growth of unwanted migration, public debt, inflation, unemployment, he added.

“In any case, the credit of our former trust in “civilized Europe” dried up by February 24, and, I hope, for many years to come, until a wiser generation of leaders friendly to Russia and the Russian world grows up there, until the current EU countries gain real independence from the United States until Russophobia is outlawed by them, ”concluded the member of the Federation Council.

As before wrote “Expert”the Federation Council called Lithuania’s refusal to let the sanctioned cargo to Kaliningrad a direct aggression against Russia.

According to Andrei Klishas, ​​Chairman of the Federation Council Committee on Constitutional Legislation, the decision of Vilnius is a violation of sovereignty and may become the basis for tough actions on the Russian side.

In turn, Klimov said that if the European Union does not influence the situation in any way, this will “untie the hands” of Moscow and allow it to solve the problem “by any means.”

What events will be held in Taganrog during the holidays