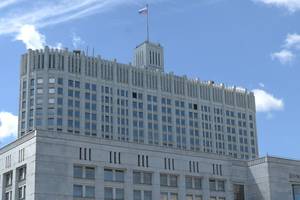 The Government of the Russian Federation has approved a list of legal entities against which retaliatory sanctions are being introduced. It included 31 organizations from Germany, France and other European countries, as well as from the United States and Singapore, including former European subsidiaries of Gazprom, traders and operators of underground gas storage facilities. The corresponding decision was published on the official portal of legal information.

The resolution was adopted in pursuance of the Decree of the President of the Russian Federation of May 3 “On the application of retaliatory special economic measures in connection with the unfriendly actions of certain foreign states and international organizations.”

The Russian sanctions list included 31 companies. All of them, with the exception of the Polish EUROPOL GAZ SA, are former Gazprom subsidiaries associated with Gazprom Germania GmbH and Gazprom Marketing & Trading Ltd. At the same time, EUROPOL GAZ SA is a joint venture between Gazprom and the Polish PGNiG, which is the operator of the Polish part of the Yamal-Europe gas pipeline.

According to the document, Russian authorities, legal entities and citizens will not be able to enter into transactions with the listed companies, as well as with organizations under their control, fulfill obligations to them under completed transactions, and conduct financial transactions in their favor. This includes the concluded foreign trade contracts.

The resolution also defines additional criteria for transactions that are prohibited from being performed with companies from the sanctions list of the Russian Federation. Among them are transactions concluded in favor of these persons, either providing for the making of payments, transactions with securities with the participation or in favor of these companies, or involving the entry into the ports of the Russian Federation of ships owned or chartered by sanctioned persons, in their interest or on their behalf.

The Ministry of Finance of the Russian Federation has been appointed responsible for sending proposals to the Cabinet of Ministers on amending this list, as well as on granting temporary permits for certain transactions with persons under sanctions.

The resolution comes into force from the date of publication.

Formerly “Expert” wrotethat Russian President Vladimir Putin signed a decree “On the application of retaliatory special economic measures in connection with the unfriendly actions of certain foreign states and international organizations.” The measures are introduced in order to protect the national interests of Russia in response to the unfriendly and contrary to international law actions of the United States and countries that have joined them. The decree also introduces a ban on the export outside of Russia of products and raw materials, the production and extraction of which are carried out in the country, if they are supplied in favor of persons under sanctions or persons under sanctions in favor of third parties.

residents of Taganrog are frightened with cholera water from the tap

Media: Turkey will be expelled from NATO for obstructing the expansion of the alliance – ExpertRU

Where to run if the consequences of the coronavirus are tormenting?