The issue of restoring emergency playgrounds, which were dismantled throughout Taganrog, has long worried “Notepad”. 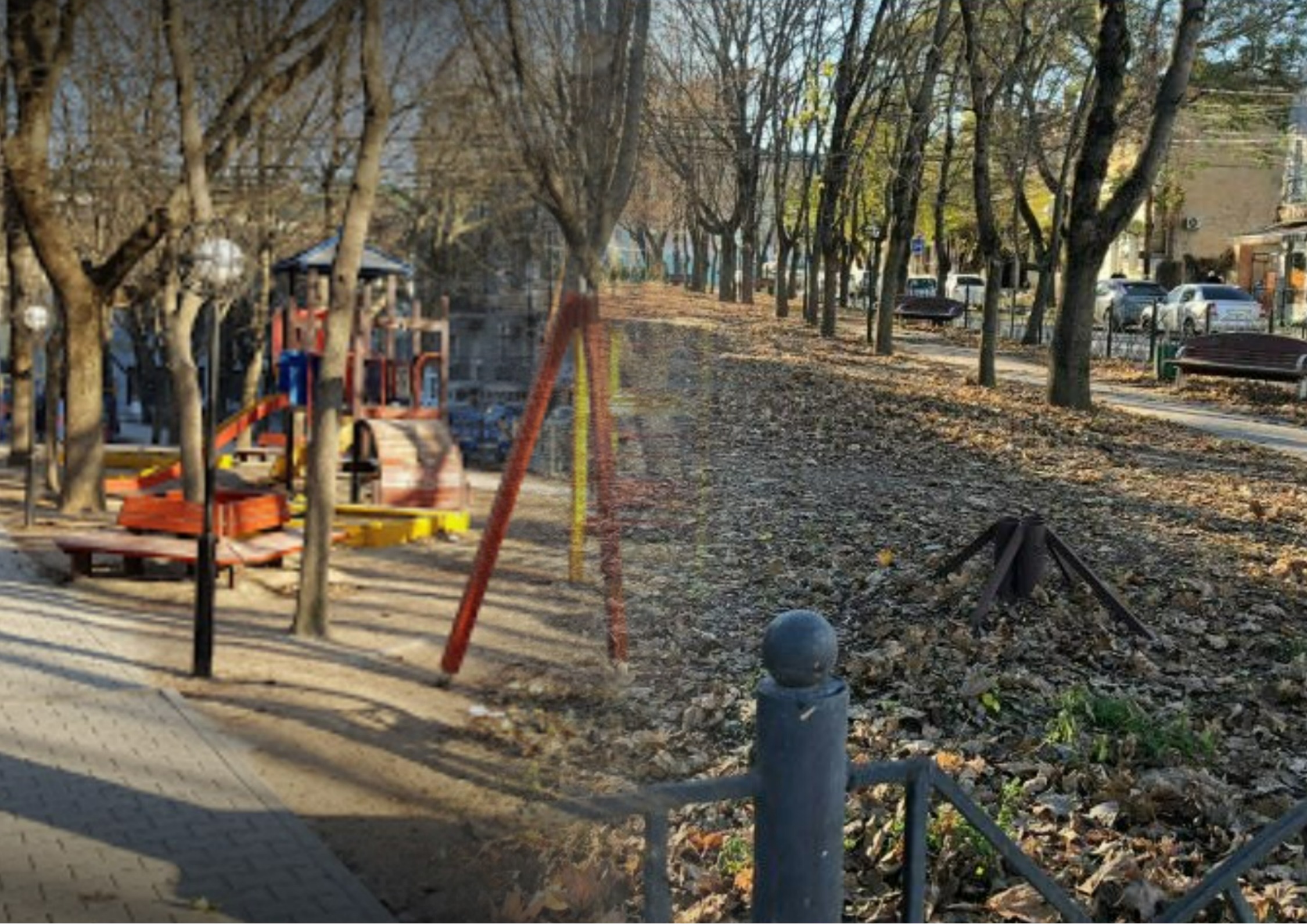 In the photo, a playground along Ukrainian Lane before and after

But recently we had the opportunity to address it to the first person of the city – the head of the administration, Mikhail Solonitsin.

After discussing the design code for the development of Taganrog, we asked the city manager what his plans were in this direction.

After all, earlier it was reported that the land under the former sites is not demarcated, that is, it is not clear who owns and who should install new sites instead of the old ones.

The plans of the head of administration in this matter are to create groups (Councils) for managing houses, which will deal with this issue. In turn, the administration relieves itself of the obligation to maintain the sites. There is no need to survey the land, since the sites will be the collective property of the residents of the MKD, and not the municipality.

What does this mean? Explain the position of the city manager.

Suppose there are several high-rise buildings, a school, a kindergarten and other infrastructure are nearby. If one high-rise building builds a playground for itself, then this will result in conflicts, fences, and so on. If the houses are united, then by joint efforts it will be easier to create a site and protect its safety. As the head of administration explained, he is ready to arrange meetings for the elders in the house of each microdistrict and explain how to interact. According to Solonitsin’s calculations, it doesn’t matter what form of house management is the Criminal Code or the Homeowners’ Association, funds to improve the territory can always be found.

The situation is the same with parking lots, places for collecting garbage, etc. Only by collective efforts and responsibility can the territory of the yards be put in order.

We previously reported that withhow many playgrounds will remain in Taganrog by the time it becomes a tourist destination? Another large playground has disappeared from the map of Taganrog.

what can Taganrog residents eat and what not

AliExpress reported problems with Russian payments. News of the day in the world and Russia today