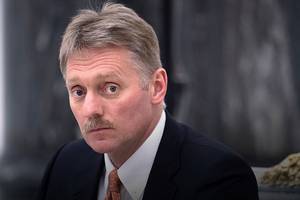 The head of the presidential press service, Dmitry Peskov, during a daily briefing for journalists, made an important statement about the possible postponement of the Russian elections.

According to a Kremlin spokesman, the authorities have no such plans and no decisions have been made on this issue, RIA Novosti reports.

“No, we don’t have such plans and no decisions have been made in this regard,” the press secretary of the head of state answered the question of one of the journalists about the possible postponement of the upcoming elections of the mayor of Moscow and governors of various regions.

As before wrote “Expert”, the Kremlin reported that the issue of canceling or postponing direct elections of governors is not being discussed. Discussion of the abolition of direct elections of heads of Russian regions is also denied in the Federation Council.

“What is heard in the media is rumors. When this is officially discussed by Parliament, when bills are introduced, if they are introduced by someone, then we will begin to formulate our position, ”explained Andrey Klishas, ​​head of the committee on constitutional legislation and state building of the upper house of the Russian parliament.

According to him, the topic of abolishing elections in Russia is not being discussed, and there is no such draft law.

News: The Central Bank will deal with everyone – Expert