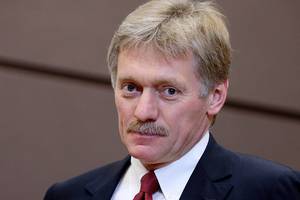 The head of the presidential press service, Dmitry Peskov, during a daily briefing for journalists, commented on granting Moldova and Ukraine the status of candidates for membership in the European Union.

According to a Kremlin spokesman, the main thing is that these processes do not bring problems to Russia and do not worsen the already damaged relations with Europe, RIA Novosti reports.

“Of course, these are internal European affairs, it is very important for us that all these processes do not bring more problems to us, and more problems in the relations of the mentioned countries with us. There are enough of these problems already – relations with the European Union are already pretty spoiled,” Peskov concluded.

Recall that on June 23, the heads of state and government of the EU decided to grant Ukraine and Moldova the status of a candidate country for joining the European Union.

As before reported “Expert”the leaders of Albania, Bosnia, Kosovo, Montenegro, North Macedonia and Serbia were extremely dissatisfied with the results of the summit, or rather the progress towards their countries’ accession to a united Europe.

The bitterness of the pill was added by the statement of the President of the European Council, Charles Michel, who said that Georgia could become the next candidate, subject to a number of conditions. The Balkan countries, as follows from the draft final communique, are again promised “full and unanimous assistance” in this matter.

Another public garden will be improved in Taganrog