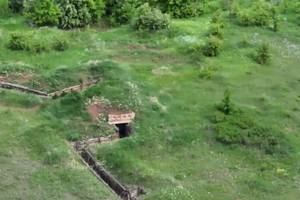 Groupings of the Armed Forces of Ukraine in the area of ​​​​the settlements of Gorskoye and Zolote are completely blocked.

This was stated during the briefing by the official representative of the RF Ministry of Defense Igor Konashenkov.

“Russian troops are squeezing the ring of the Mountain Cauldron, inflicting continuous fire damage on the enemy. During yesterday, half of the settlement of Zolote was taken under control, ”Konashenkov said.

He clarified that about 2,000 people, including 80 foreign mercenaries, are blocked in the Gorsky cauldron. According to the Russian Defense Ministry, four battalions of the Armed Forces of Ukraine (AFU) are surrounded: the 3rd mechanized battalion of the 24th mechanized brigade, the 15th mountain assault battalion of the 128th mountain assault brigade, the 42nd motorized infantry battalion 57 th motorized infantry brigade, the 70th battalion of the 101st territorial defense brigade, as well as the brigade artillery group of the 57th motorized infantry brigade. “Only in the last 24 hours, 41 servicemen in this area refused resistance and voluntarily surrendered,” said a representative of the Ministry of Defense. According to those taken prisoner, the encircled Ukrainian group is exhausted, understaffed and not supplied with weapons, ammunition, fuel and other things, Konashenkov said.

He also said that as a result of strikes with high-precision weapons of the Russian Aerospace Forces at three points of deployment of foreign mercenaries in Nikolaev, Golitsino, Nikolaev region, and Oleshki, Kharkov region, more than 200 foreign mercenaries and up to 100 Ukrainian military nationalists were killed; More than 30 servicemen of one of the battalions of the 25th Airborne Brigade of the Armed Forces of Ukraine left their positions without permission in the area of ​​the village of Aleksandropol (DPR). It is noted that the Ukrainian command, in order to make up for losses in manpower, is forced to form separate rifle battalions from untrained citizens called up to mobilize.

It is reported that over 620 nationalists, 19 tanks and other armored fighting vehicles, as well as 17 special vehicles were destroyed in just a day as a result of air strikes, missile forces and artillery; Russian air defense systems destroyed two Su-25 aircraft in the Kharkiv and Nikolaev regions in a day; five Ukrainian UAVs were destroyed in the LPR and Kharkiv region, as well as five Tochka-U tactical missiles in the areas of the settlements of Stakhanov, Luhansk and Izyum.

Residents of Taganrog took part in the action “Immortal Regiment”

Vice Mayor Yefimov: 14 technoparks will appear in the industrial districts of Moscow in 15 years – ExpertRU

A fire broke out on the Moskva missile cruiser, from which the ammunition detonated. News of the day in the world and Russia today

News: Good morning. The ruble and stocks started the day with growth – Expert