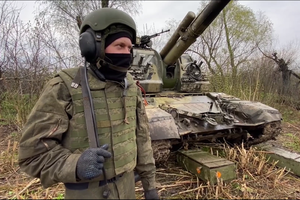 Over the past day, high-precision airborne missiles of the Russian Aerospace Forces hit five command posts and two ammunition depots in the areas of the settlements of Disputed and Berestovoye DPR, destroyed up to 100 nationalists, disabled 23 units of military equipment, said the official representative of the Russian Ministry of Defense, Major General Igor Konashenkov . In addition, according to him, in the Kharkiv region, Russian servicemen managed to intercept three rockets of the Smerch multiple launch rocket system.

According to him, Russian air defense systems destroyed 13 Ukrainian drones overnight in the settlements of the Kharkiv region, the DPR and the LPR.

“In total, since the beginning of the special military operation, the following have been destroyed: 165 aircraft, 125 helicopters, 858 unmanned aerial vehicles, 304 anti-aircraft missile systems, 3,051 tanks and other armored combat vehicles, 372 multiple rocket launchers, 1,507 field artillery guns and mortars, as well as 2,898 units of special military vehicles,” added the representative of the Ministry of Defense.

Formerly “Expert” wrotethat the press secretary of the President of the Russian Federation Dmitry Peskov announced the main condition for the exit of Ukrainian militants from the territory of the Azovstal metallurgical plant in Mariupol. According to the Kremlin spokesman, this will be possible if the militants lay down their arms. At the same time, he promised that those who surrendered would be treated accordingly, and all the wounded would be provided with the necessary medical care.

Tomsk scientists figured out how to get bitumen from oil sludge