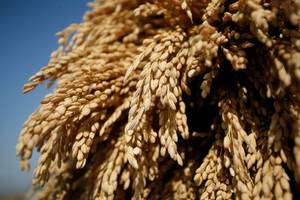 The planet is in an “era of food protectionism” with some countries already banning or restricting large food exports to protect their stocks amid rising inflation, Businessinsider reports. Thus, Russia and Ukraine imposed restrictions on the export of wheat, temporarily banned trade in key products Indonesia, Argentina, India and Kazakhstan to curb domestic prices.

“Rising food prices could lead to more such protectionist measures around the world and could further fuel food price inflation,” economists at Nomura predict.

The publication, citing the US Department of Agriculture (USDA), reports that Russia, which provided 20% of world grain exports, announced a temporary ban on the supply of wheat. The export of sugar and sunflower seeds abroad has been temporarily restricted, and an export quota for sunflower oil has been introduced. The export of staple foodstuffs, including wheat and oats, has also been banned by Ukraine, which is the world’s fifth-largest wheat exporter with 9% of world exports. At the same time, the export of sunflower oil from this country has not been stopped.

To curb domestic prices, India also banned wheat exports, which in March announced its intention to become the world’s leading exporter of wheat. Until June 15, Kazakhstan limited the export of wheat and wheat flour, which accounts for 4% of world supplies. This comes after domestic prices there have risen more than 30% since February.

Indonesia, the world’s largest edible oil producer, has banned the export of palm oil. The country’s authorities explained this measure by the shortage of vegetable oil in the domestic market: retail prices there have already increased by more than 40%. Argentina began to restrict the export of beef, too, in order to reduce food inflation in the country. At the same time, Argentina, according to the US Department of Agriculture, is the fifth largest exporter of beef in the world, accounting for about 6% of world exports.

The publication compared the current situation with the 2008 crisis, when a number of countries limited the export of wheat and rice. Experts suggest that the scenario may repeat itself, as there are now even more factors leading to a food crisis.

Roman Udovichenko, a native of Taganrog, heroically died in a special operation in Donbass