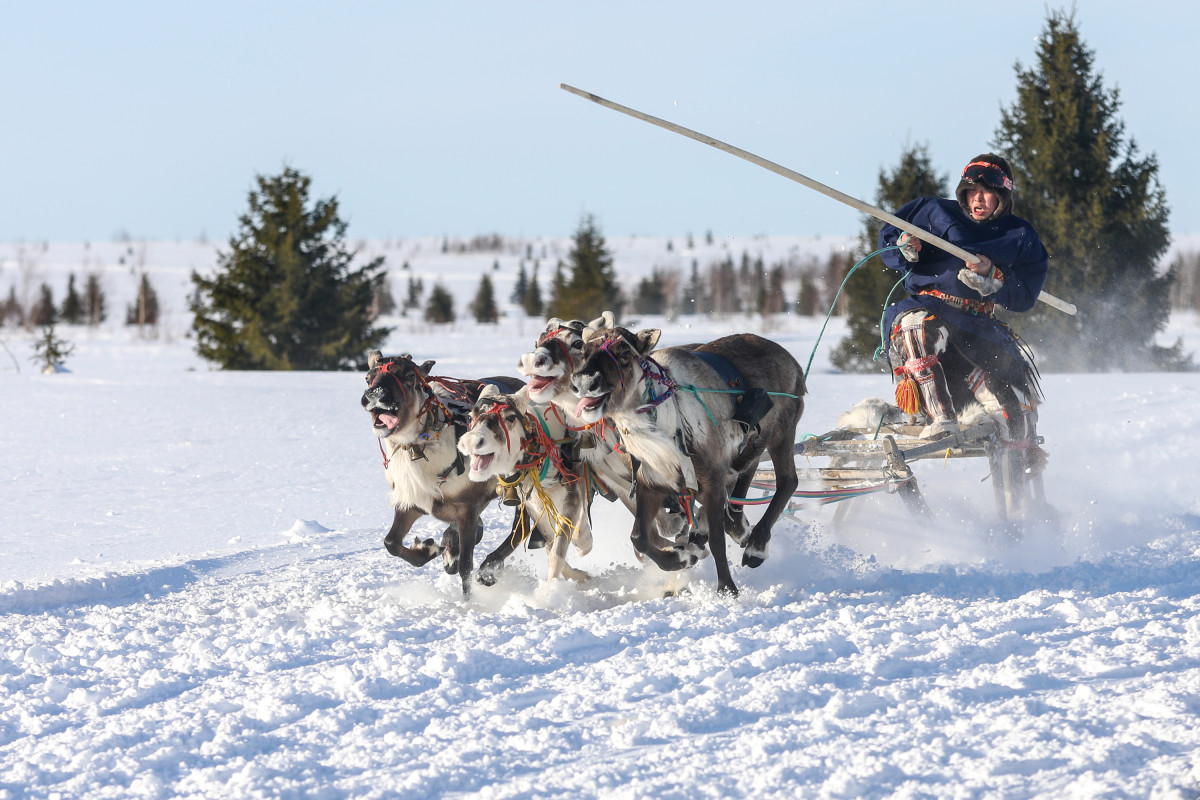 The work of Ekaterina Esther “Reindeer sled racer in the SEC “Dawn of the North” took third place in the competition “The world through the eyes of indigenous peoples. Culture, Traditions, Life” organized by the Association of Indigenous Minorities “Soyuz”.

– This photo was taken in March at the Nerm Yalumd festival. It is one of my favorites: dynamic, lively, emotional. I didn’t think I’d win when I sent the photos. But when the organizers announced that I was in the final, then it seemed that I would definitely take a prize. I often have to shoot the life, everyday life, holidays of our northern peoples – I love these shootings, and they are the best for me. So I will definitely take part in such competitions again, – said Ekaterina Esther.

The second place went to Nina Sleptsova from Yakutia, the first place was taken by Kristina Vylla from YNAO.

The winners were selected from 1299 entries. The jury included representatives of regional associations of indigenous peoples of the North, Siberia and the Russian Far East.

Note that the competition started on August 9, the International Day of Indigenous Peoples.

As part of the slaughter campaign, events on veterinary and sanitary examination have started in the Nenets Autonomous District