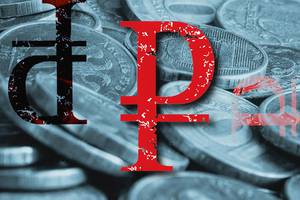 “The ruble is now up more than 11% against the US dollar since the start of the year, outperforming the Brazilian real, which rose nearly 9%, to become the top 31 major currencies tracked by Bloomberg,” the publication says.

The publication links the growth of the ruble with the measures taken by the Russian government after the introduction of Western sanctions. However, other countries that have recently also introduced capital controls have not achieved such results. Similar measures were taken by the authorities of Turkey and Argentina, but this had disastrous consequences for the lira and peso, which hit historic lows against the dollar and never recovered. Since the beginning of the year, the Turkish lira has fallen in price against the dollar by 13%, and the Argentine peso – by 12.3%, the agency notes. According to Bloomberg experts, the ruble outperformed the real because Brazil’s monetary tightening is coming to an end and this is putting pressure on the currency.

Formerly “Expert” wrotethat in the current situation a strong ruble will play for the benefit of the Russian economy. Although budget revenues will decrease due to the reduction in ruble revenues of exporters, the growth of the ruble exchange rate will increase the attractiveness of imported goods. This will force a number of Western companies to reconsider their decisions to cease operations in Russia, and at the same time help reduce inflation.

News of the day: A platform for online events was developed in the Moscow Technopolis – Expert.RU

Calendar: "Come back, I will forgive everything!" – today is the birthday of the Taganrog poet and prose writer

In Taganrog there was another fire in a private house