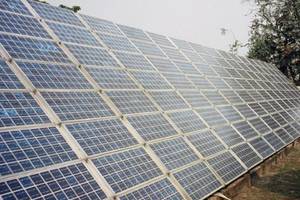 A solar power plant will appear in the Derbent district of Dagestan in 2023, which will provide clean energy to about 50,000 homes.

This was reported by the Ministry of Energy and Tariffs of Dagestan.

“Another SPP with a capacity of 100 MW will appear on the territory of the Derbent region next year. It will be built by Solar Systems group of companies. The volume of private investment will amount to more than 6 billion rubles,” the message says. It is noted that the station will create 30 new permanent jobs.

The department added that the construction of the first large solar power plant with a capacity of 15 MW has already been completed in the city of Yuzhno-Sukhokumsk. “The official opening of the SES is scheduled for July,” the ministry said.

In Moscow, outdated parcel lockers were recycled into 20 tons of iron – ExpertRU