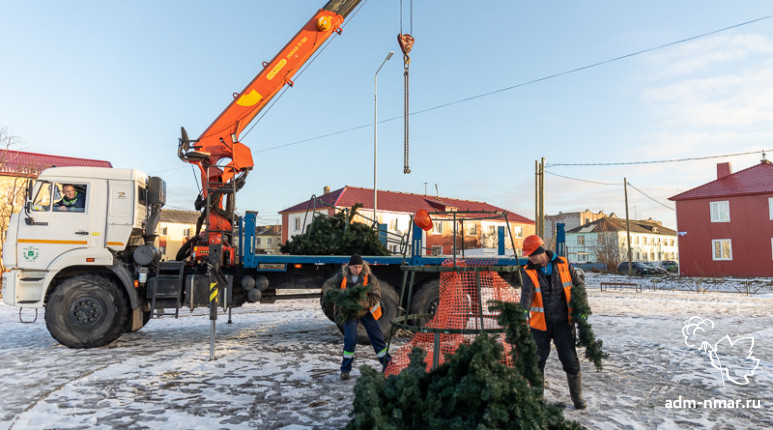 New Year attributes will appear on the streets of Naryan-Mar every day.

Decorating the city began with remote neighborhoods. Today, workers have begun installing a Christmas tree at the children’s playground on Stroitelnaya Street. 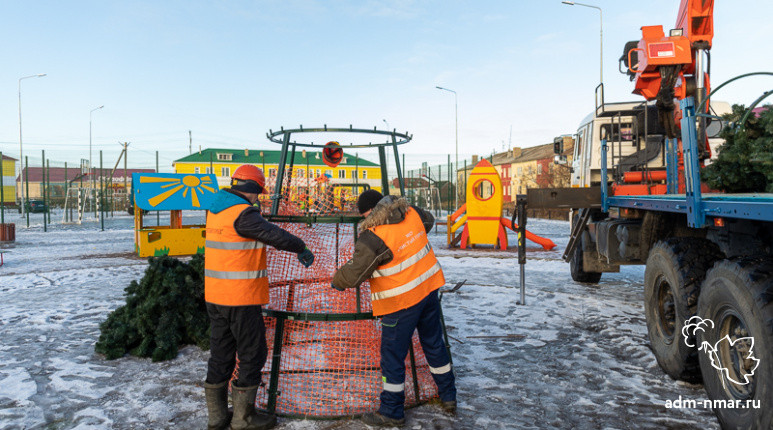 This year, the institution will beautify 16 areas of the city, including the central square of Marad’sey. “Clean City” has drawn up a schedule for the New Year’s decoration. It includes the phased installation of festive trees and installations in different parts of the municipality from the first of November to the fourth of December.

A total of ten dynamic Christmas trees are planned to be installed. They will appear in different neighborhoods of the city:

In addition, the workers and masters of the institution plan to install New Year’s installations:

In the Russian Arctic, they plan to switch to environmentally friendly fuels

Travel is like medicine. A native of the Nenets Autonomous Okrug took third place in the nomination of the All-Russian competition