At the age of 17, Alexander Mukshitsky was seriously injured, but this does not prevent him from traveling 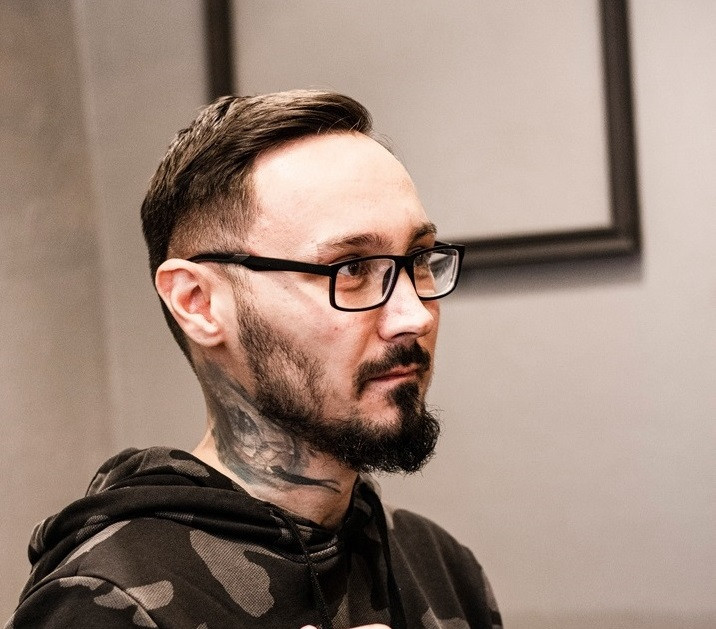 As part of the team of the Institute of Humanities and Social Sciences Vyatka State University Sasha took third place in the Social Advertising category. The competition was held in Tyumen, the internal stage – at the Tyumen State University.

About a native of Khorei-Vera, an avid traveler and a resilient optimist, we wrote in our newspaper more than once or twice. This guy hitchhiked more than a dozen countries, and explored our vast country in the same way. But at the same time, we always left his illness out of the equation – in the notes about the experienced tourist, they did not say anything about the third group of disability. Somehow it did not fit into the fabric of the narrative, and it was embarrassing to ask, although hero our material tells his story openly. At the age of 17 (and now to him 32) crashed on a motorcycle in his native village and received a head injury. 11 days lay in a coma in Nenets district hospital, could not walk for a month.

After the accident, he recovered for a long time, went for treatment and rehabilitation in Sochi. The golden hands of doctors and the support of loved ones put teenager in direct sense on your feet. At Sasha partially paralyzed left arm, which did not interfere to him travel around the world.

Alexander starred in the social roller for all-Russian competitionwherein told about his life, and the main goal of the project was the problem of employment of disabled people. A student of the Vyatka State University spoke about this and not only in an interviewHB“.

– Sasha, you recovered from an injury for a long time, received a disability, but did not give up and went to study.

– Yes, I entered the Nenets Vocational School as a computer operator. After studying, I decided that I needed to get a higher education. education and left in Kirov. Graduated from the Vyatka State University for the Humanities with a degree in organization of work with youth. Now I’m studying to be a teacher of history in the master’s program Vyatka State University.

– Traveling has become for you a kind of medicine for your illness? Where have you been, tell us about your first hitchhiking experience.

– I’ve always been easy on climb in terms of visits new places. One day my university friend suggested that to him company and go hitchhiking to the Crimea. It was just in 2014 when the peninsula became part of Russia.

– First we went from Kirov to Nizhny Novgorod. We spent the night in one of the towns of the Vladimir region. We set up a tent in a clearing near the railway. The next morning we caught a car and got to Moscow. From there to the Crimea went three days.

– Worried before the first hitchhiking?

– It’s scary when you go out on the road for the first time to stop the car. Then this feeling quickly passes, and everything goes like clockwork. Actually, after this trip, I began to actively hitchhike.

– What people said on such trips when they found out what are you disabled?

– When I traveled, many physically healthy people admitted to me that they would not be able to move freely around the country and beyond. I can say one thing – the borders of us in my head we themselves create mine path. And it cuts my ear when they say that a person has limited opportunities.

Tell me about your participation in all-Russian competition.

– One of the teachers offered to participate in the competition, and I agreed. At the beginning of the summer, we filmed a video, submitted an application, and in September the organizers received an answer that we had passed to the internal stage and went to Tyumen. Projects from all over Russia were sent to the competition – there were about 750 of them. In our Social Advertising nomination, 20 teams reached the final. As a result, we took third place.

– What was your project about?

– The main objective of the project is to draw attention to the employment of people with disabilities. In Russia, about 12 million people live with disabilities, but only 1.5 million are officially employed. Some say that you just need to want it yourself, but in reality it is not so simple. Not all employers want to hire people with health problems.

Did you manage to make new acquaintances?

– I met guys from Kaliningrad, by the way, I would very much like to visit this city. I talked with a representative of Ulan-Ude, we agreed that, if possible, we would come to visit each other.

Have you been to Ulan-Ude yet?

– No, by the way, there is one of the largest Buddhist temples in Russia.

– You lived in one of the Thai temples for several days, didn’t you? Again, we are back to the topic of travel.

– Yes, it was. For a week I lived in one of the Buddhist temples in Thailand. From morning to evening he meditated, ate with the monks, got up early. A difficult but very valuable experience. It is difficult for a few days to give up almost all the benefits of civilization.

– So I understand that your dream is to travel further?

Yes, but I probably won’t hitchhike anymore. I just want to buy a ticket and fly away, without these adventures. For now, I’m thinking about possible directions.

– This year you got a job as a teacher of history and social studies in one of the Kirov schools. How do you like this new experience?

– At first it was difficult. Sometimes he even clutched his head and thought about quitting. 680 children at school, in the classroom 25-30 people, each child needs to find an approach. Plus, I’m also the class teacher of the correction class. But over time I got used to it, I began to like the work. When I was at the competition in Tyumen, I was worried about my students.

My supervisor says that I need to go to graduate school, but I’m still thinking about it.

– After that terrible injury, do you no longer need to undergo rehabilitation?

– When I’m in Naryan-Marthen I come to reception to my neurologist. He Sometimes he prescribes some vitamins for me. Probably, traveling became a rehabilitation for me, I began to feel better physically.

– In my native Horei-Ver when now?

I hope to be able to come next summer. My mother and sisters are waiting for me there…

In the Nenets Autonomous Okrug, immunization of residents against influenza continues

NAO and the Russian Union of Bakers signed a cooperation agreement