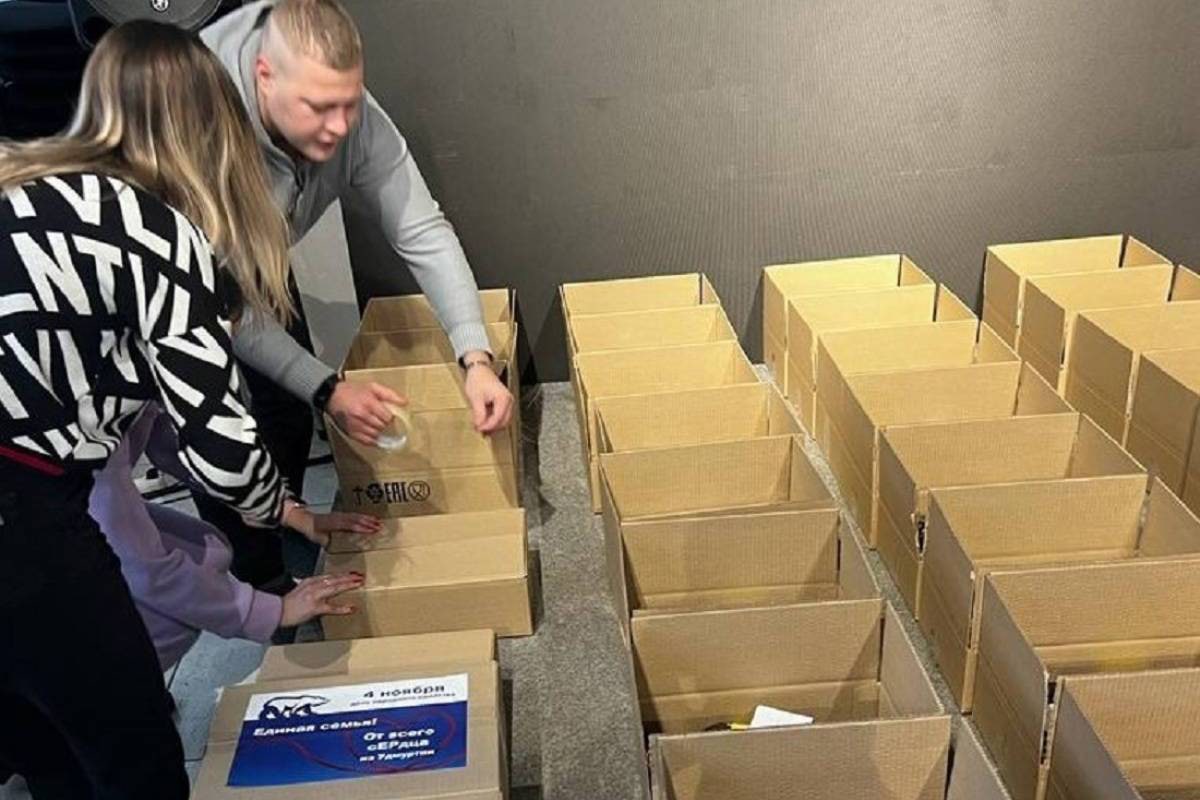 According to the website ER.ru, on the Day of National Unity, “United Russia” is holding an action “Russia is a single family!”. Within its framework, the regions sent gift sets to the families of the mobilized and volunteers. Each such set reflects the peculiarity of the region – it contains national or local products, souvenirs with sights and letters with words of support.

Thus, the activists of the Udmurt regional branch of the party sent gifts to the Omsk region.

– We collected this gift by the whole Republic, together with our enterprises and deputies. We sent Selta honey, Votkinsk and Sarapul sweets for tea, chocolate bakes and much more. In this way, we want to support the families of the mobilized Siberians, to say that we are proud of their husbands, fathers, sons, who stood up to defend our Motherland in difficult times. Our large country is a single family in which everyone should help each other. And we do it. Today in Udmurtia the party project “Support” is being implemented again. Volunteers, deputies, caring residents came to the aid of dozens of mobilized families, did not leave them alone with their social and domestic issues. And this is also support for our soldiers, who do not have to worry about their families, being far from them, protecting the borders of Russia, – said the secretary of the United Russia regional department, head of the region Alexander Brechalov.

Kuban United Russia sent gifts to families with many children in Mariupol. They will be delivered to the United Russia humanitarian center, which has been operating in the city since March of this year and has already provided assistance to tens of thousands of residents. Party volunteers will also deliver gift sets to families who cannot reach the humanitarian center.

– We have formed several dozen gift sets. They contain products and delicacies of Kuban producers. These are meat products, pickles, tea and sweets. On National Unity Day, we decided to congratulate the residents and show that we are together – we are one family. By the Day of National Unity, the gifts will be delivered to the addressees, – said Nikolai Gritsenko, secretary of the regional department of United Russia, first vice speaker of the Legislative Assembly of the Krasnodar Territory.

The Irkutsk region sent its gifts – teas from Baikal and taiga herbs, jam, pine nuts, sweets, syrup from young cones, souvenir mugs with a map of Baikal – to the Leningrad region.

Gifts from Perm will be given to the families of those mobilized in the Saratov region, from Orenburg – in the Vologda region. The Oryol region will be exchanged with the Amur region, the Kaluga region – with the Kurgan region. In the action of “United Russia” “Russia is a single family!” all regional branches of the party take part, including in new subjects.

In addition, on National Unity Day, United Russia will continue to provide assistance to the families of the mobilized and solve their everyday problems, conduct excursions and organize holidays for refugee children. Also, deputies from the party will hand over equipment and equipment to the mobilized fighters, visit the wounded members of the NMD in hospitals.

Recall that from the first days of partial mobilization on the basis of public receptions and headquarters of public support for the party, Centers for Assistance to the Families of Military Personnel who are sent to the NVO zone began to work. “United Russia”, “Young Guard of United Russia” and #MYVMESTE created joint headquarters to help the families of the mobilized throughout the country. Assistance is provided in the “one window” format – requests from families arriving at the headquarters are distributed among volunteers and their execution can be monitored in real time.

In addition, Andrey Turchak, Secretary of the United Russia General Council, sent a letter to Prime Minister Mikhail Mishustin with a proposal to establish a single list of benefits and support measures for all members of the NWO, regardless of place of residence.

Among the initiatives are a one-time payment of at least 195,000 rubles for citizens called up for military service and volunteers; exclusion of accrual of interest on the amount of the principal debt on mortgage and consumer loans of military personnel participating in the SVO and members of their families during the period of credit holidays; free two meals a day for the children of military personnel participating in the SVO and fallen combat veterans studying at school or at home, and other support measures.