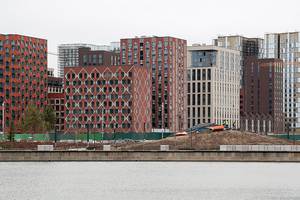 Private investors have announced plans to build more than 860,000 sq m of real estate in Moscow over the next 6 years. Since the beginning of the year, they have concluded 13 additional agreements with the city authorities, they have changed the intended purpose of the sites and received the opportunity to build on them. This was announced on May 12 by the Deputy Mayor of Moscow for Economic Policy and Property and Land Relations Vladimir Efimovtransmits portal “Economy of Moscow”.

Recall that the authorities of the capital offer developers to rent land along with buildings on it. They can be reconstructed or built next to new objects, however, for this you need to change the status of the site from “operation” to “construction”. According to the law, for this, the investor signs an additional agreement with the city and pays for the change in the type of permitted use of the land.

At the same time, the authorities of the capital are not allowed to pay this fee at a time: there is a deferment for investors. And since March 2022, a new anti-crisis support measure has been in effect in Moscow. It allows entrepreneurs to defer payments for such an installment plan for the second quarter of this year for six months.

According to the estimates of the Moscow authorities, 97 developers have already taken advantage of this support measure, which have changed the designation of the plots they leased for construction or reconstruction. Investors “have been granted a six-month deferment in paying rent payments for the second quarter of 2022 for a total amount of 4.81 billion rubles,” said the Minister of the Moscow Government, Head of the Department of City Property of the Capital City Maxim Gaman.

The Ministry of Defense of the Russian Federation has published a list of the dead Ukrainian military with personal data. News of the day in the world and Russia today

Siberia got a taste of electric cars thanks to En+